Tens of thousands of child soldiers fight, die in conflict zones across globe 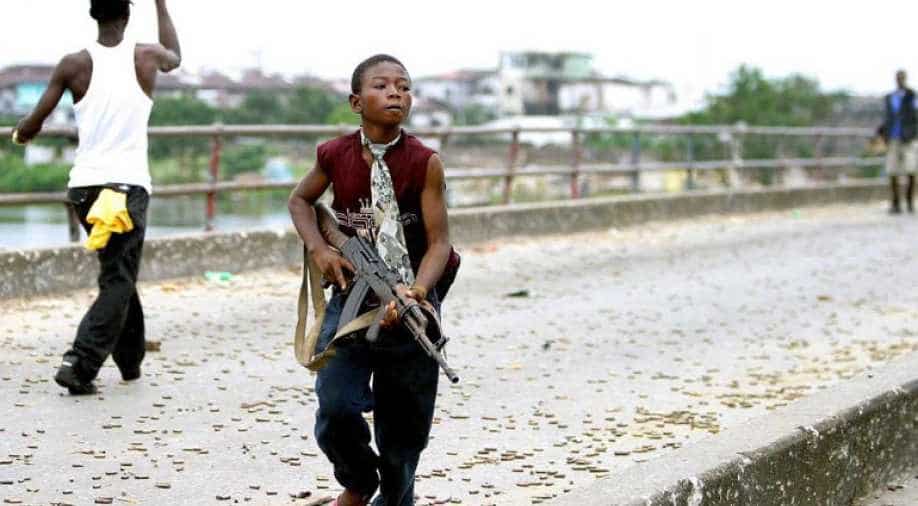 Child Soldiers International, an international advocacy group against child soldiers, published a United Nations report stating that in 2012, there were 3,159 cases of children involved in military conflicts in 12 countries, while in 2017 that figure reached 8,185 children in 15 countries, an increase of 159 per cent.

The International Day against the Use of Child Soldiers, also known as Red Hand Day, was memorialized worldwide Tuesday to denounce the involvement of children under the age of 18 in armed conflicts.

Child Soldiers International, an international advocacy group against child soldiers, published a United Nations report Monday which said that in 2012, there were 3,159 cases of children involved in military conflicts in 12 countries, while in 2017 that figure reached 8,185 children in 15 countries, an increase of 159 per cent.

"These statistics alone are shocking and probably only scratch the surface on the true scale of child exploitation by armed actors around the world," said CSI Director Isabelle Guitard.

"It is critical the world does not turn a blind eye to this ongoing abuse and that local and international resources are amplified and combined to tackle it more effectively," Guitard added.

CSI wrote on its website that conflicts in the Middle East, Somalia, South Sudan, the Democratic Republic of the Congo, the Central African Republic and other locations expose children to recruitment.

Also in recent years, while there has been an increase in recruitment of both boys and girls as soldiers and informants, CSI said that the exploitation of girls was rising.

"Girls associated with armed groups and forces totalled 893 in the 2018 (UN) report; four times more than the 216 recorded (by the UN) in 2017," according to the organization.

UN figures show that at least 1,221 children were recruited in South Sudan in 2017, which leaves the total number of minors involved in the armed conflicts of that African nation at 19,000 since 2013.

In addition, 14,000 recruitment cases have been verified in the Central African Republic since the beginning of the conflict there in 2012.

The UN's cultural agency UNICEF, furthermore, said that it has verified the recruitment of another 3,000 children in the DRC in 2017, by the numerous active militias in the northeast of the country, such as the Bana Mura and Kamwina Nsapu militant groups.

The number of children recruited by Al Shabab (2,127) in Somalia grew in 2017, while at least 203 children were used as suicide bombers by the Islamist group Boko Haram in Cameroon and Nigeria that same year.

Throughout the world, more than 240 million children are currently living in war zones; many of them in contexts of violence, displacement, hunger and exploitation.