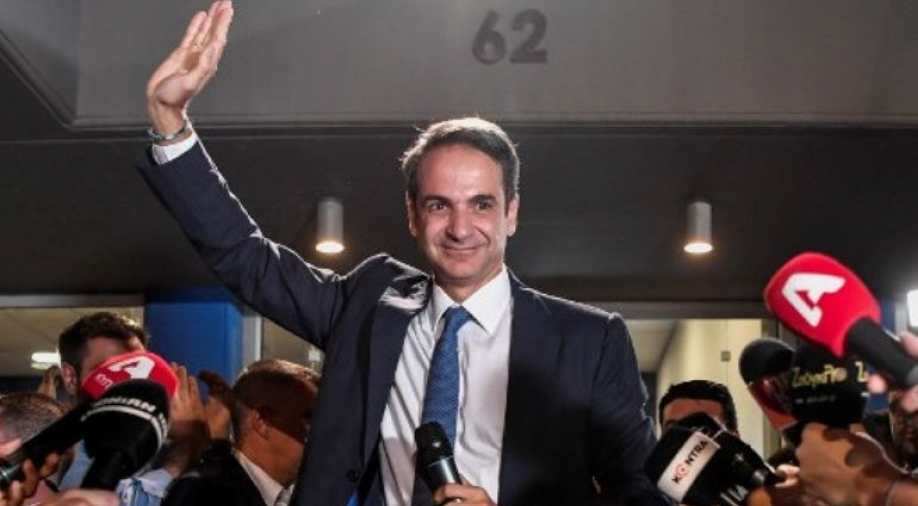 Incoming Prime Minister Kyriakos Mitsotakis inherits an economy saddled with taxes applied in the last decade to refloat the country's public finances in the middle of the debt crisis.

"Once my taxes are paid, at the end of the day I have 20 or 25 euros left in my pocket," lamented Greek hairdresser Babis Toumbanos.

Like him, there are many entrepreneurs in the country who want the new conservative government that emerged from the July 7 general election to relieve the heavy tax burden of recent years.

Incoming Prime Minister Kyriakos Mitsotakis inherits an economy saddled with taxes applied in the last decade -- including a previous government which he was part of -- to refloat the country's public finances in the middle of the debt crisis.

Mitsotakis has promised a "rebirth of the middle class", which was squeezed by increases in VAT and income taxes, as well as the imposition during the crisis of a new heavy tax on real estate.

The conservative leader announced that at the end of July his government will present a bill to lower these taxes, as well as the corporate tax rate from the current 28 per cent to 20 per cent.

Tax relief has been a mantra for Greek small and medium-sized businesses for years.

"For all Greek companies, during these years, the problem has been taxes," said Elena Kouretsi, sales manager at Vitamin Bar, a company that patents juicers in a dozen countries.

"Even if you have work, production and sales, in the end, eighty per cent of your income is gone," said the 35-year-old businesswoman, adding that she is hopeful that the new government will show "understanding" to entrepreneurship.

'The problems are immense'

However, he warned that "the problems are immense", starting with a technologically backward government administration.

This businessman, who sells swimsuits and nightgowns in Japan, said the volume of business in textiles is 50 per cent below the level in 2008, before the global and Greece's own economic crisis struck.

"People only buy what is essential, and sometimes not even that," he said.

But "if we grow three or four per cent per year -- compared to 2.1 per cent projected this year by the European Commission -- in five or six years can recover much of the lost ground," he added.

It is a hope shared by civil engineer Kostas Kyriazis, still active at 68 years old. During the crisis, his small office lost up to 60 per cent of its revenue.

But since the end of 2018, they have observed "a small growth", mostly from renovations and apartment refurbishments linked to Airbnb rentals.

"There are many opportunities in Greece," particularly in tourism, he told AFP.

The slow recovery in incomes

Panayotis Petrakis, professor of finance at the University of Athens, calculates Greece will not return to pre-crisis prosperity levels until 2025.

Available income "has been rising very slowly for two years, at a rate of about 150 euros per head. It will continue to rise, the question is at what speed," Petrakis told AFP.

Public dissatisfaction at the slow recovery in incomes means there is widespread support for reducing taxes, but such a move also poses risks for new PM Mitsotakis.

While cutting taxes, he also needs to lower Greece's public debt, currently the highest in the EU at 180 per cent of gross domestic product.

He must also satisfy the demands of the country's watchful European creditors to maintain sound finances: running a primary fiscal surplus (that is, excluding debt interest repayments) of 3.5 per cent of GDP until 2022.

Greece also has a major problem with its banks, whose bad loans are at record European levels.

This "continues to weigh on the performance of Greek banks, and limits their ability to lend to non-financial companies and households," the Canadian rating agency DBRS warned this week.