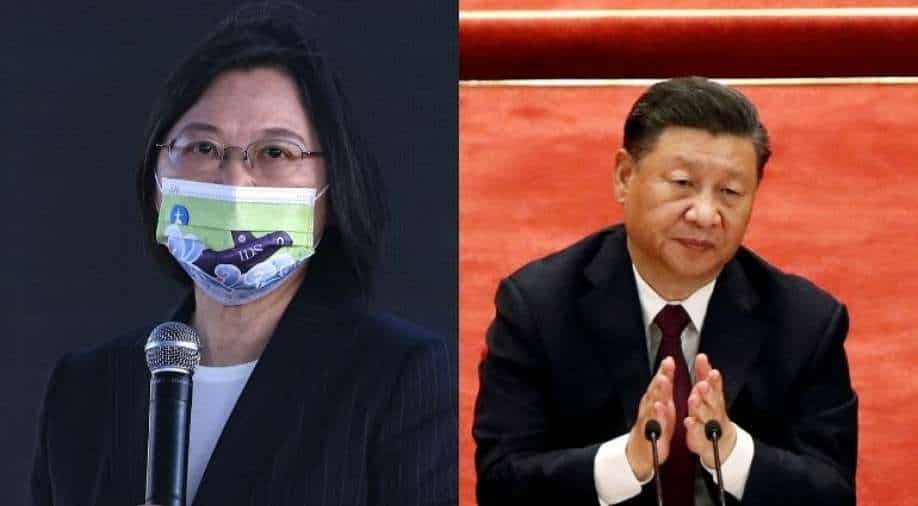 Recently, China has pushed military activity near the island amid Taiwan's growing engagement with the United States

Taiwan President Tsai Ing-wen said the region is ready to hold "meaningful" talks with China if Beijing puts aside "antagonism" and improve relations on the basis of "reciprocity and dignity" in her new year's speech on Friday.

"I want to reiterate, that when it comes to cross-strait relations we will not advance rashly and will stick to our principles," Tsai was quoted as saying by news agency Reuters.

"As long as the Beijing authorities are determined to defuse antagonism and improve cross-strait relations, in line with the principles of reciprocity and dignity, we are willing to jointly promote meaningful dialogue."

Tsai's Democratic Progressive Party (DPP) is at odds with Beijing over its authoritarian measures in Taiwan, an island that China considers its own.

Recently, China has pushed military activity near the island amid Taiwan's growing engagement with the United States.

On Monday, US President Donald Trump signed into Taiwan Assurance Act that bolsters support to the island region and has been included in a $2.3 trillion pandemic aid package.

China in 2016 ended formal talks mechanism with the island region after Tsai first came into office, saying she has to accept that the island is a part of China, something that the Taiwanese president refused to do.

The Taiwanese president was hopeful that once the coronavirus pandemic is under control "normal and orderly exchanges to increase understanding and reduce misunderstandings" between Chinese and Taiwanese people can resume.

However, Liu Jieyi, the head of China's Taiwan Affairs Office affirmed in his new year message that "peace and stability" can be achieved in the Taiwan strait only when the demand of Taiwan independence is over.

"Only by eliminating the scourge of 'Taiwan independence' can there be peace and stability in the Taiwan Strait," Liu was quoted as saying by news agency Reuters.