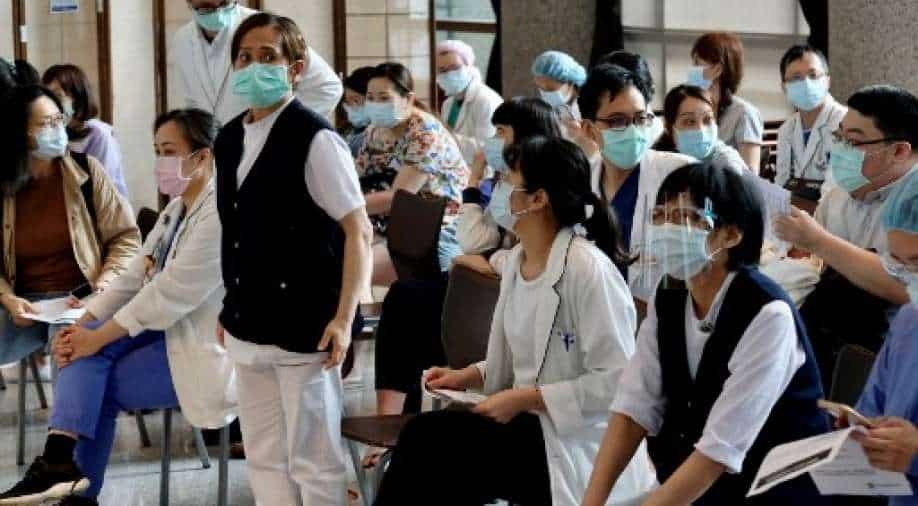 Medical personnel at a vaccination centre in Taipei Photograph:( AFP )

Taiwan detected the first case of the Omicron variant on Saturday after detecting it in three people who arrived in the country from abroad.

Taiwan has ramped up its vaccination drive in the last two months with 62 per cent of the population fully vaccinated in a country of 23.41 million. Reports say at least 78 per of the population has received at least one dose of the vaccine with thousands already administered the booster dose.

Taiwan's Central Epidemic Command Center (CECC) had announced citizens who had earlier taken both doses of the vaccine five months ago are now eligible for the booster dose in order to stop chances of community transmission.

Watch: Are Omicron cases mild compared to other coronavirus variants?

CECC added that vaccine immunity reduces over time amid the threat of new variants. The command centre said frontline health workers including those over 65 were at high risk and should take the booster dose.

The Omicron variant which was detected in South Africa last month has spread worldwide with the US recording new variant cases in 25 states.

According to a US report, most of the Omicron cases in the US have occurred among people who have already been vaccinated.

The US had identified the first Omicron case on December 1 after a person arrived from South Africa. However, Delta is still the dominant strain in the United States.