Taiwan blames China for being stripped of skating event 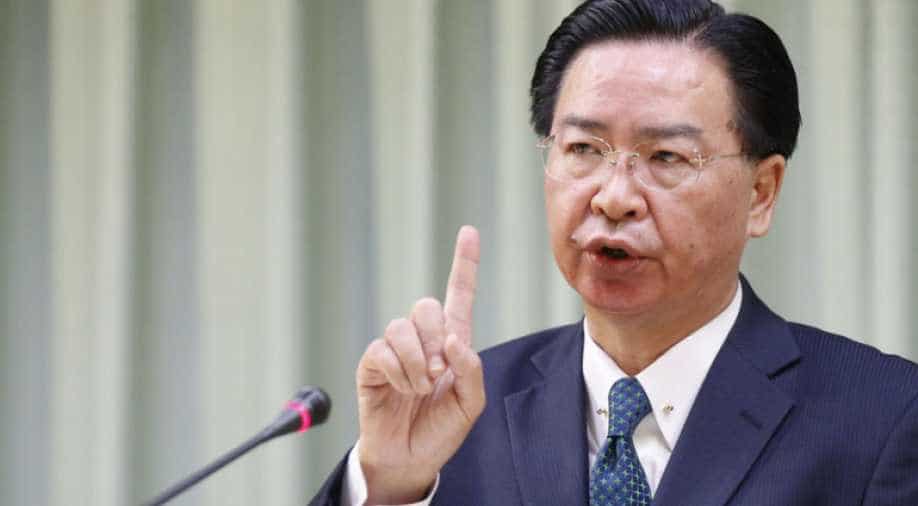 Taiwan's government at that time accused China of bullying while the Taichung city government said it had invested around $21 million to build facilities for the games.

Taiwan blamed China's "malicious suppression" Wednesday after being stripped of hosting figure skating's Asian Open this year, warning against the interference of politics in sport.

China has ramped up military and diplomatic pressure on Taiwan since the Beijing-sceptic President Tsai Ing-wen took office in 2016.

Taiwan's figure skating union said it was notified by the International Skating Union (ISU) on Monday that the second-tier Challenger level event, which had been due to take place in Taipei from October 30 to November 3, had been moved to the southern Chinese city of Dongguan.

Taiwan's foreign ministry said Wednesday it deeply regretted the ISU cancelling the event in Taiwan due to what it called "political factors" and issued a strong condemnation of China for "again interfering in international NGOs."

"China's malicious suppression of our civil groups' participation in international events will only re-spark the resentment of Taiwanese people on China," it said in a statement.

It is the second cancellation of an international sports event in Taiwan in the past year.

According to Taiwan sports officials, members of the East Asian Olympic Committee (EAOC) voted in a meeting in Beijing last year to revoke the island's right to host the 2019 East Asian Youth Games in Taichung.

Taiwan's government at that time accused China of bullying while the Taichung city government said it had invested around $21 million to build facilities for the games.

Taipei has also been blocked from attending a string of international events following pressure from Beijing since President Tsai came to power.

China sees self-ruled, democratic Taiwan as part of its territory to be reunified, by force if must.

The ISU said in a statement the change of location was suggested and agreed upon by several members, including Taiwan's skating union.

In May "ISU received indications from several ISU Asian member federations ... that it would be preferable to host this event in another Asian country."

However, Taiwan's skating union expressed regret in a statement issued earlier Wednesday, saying it was "trying to figure out ISU's decision-making process" in preparation for an appeal.