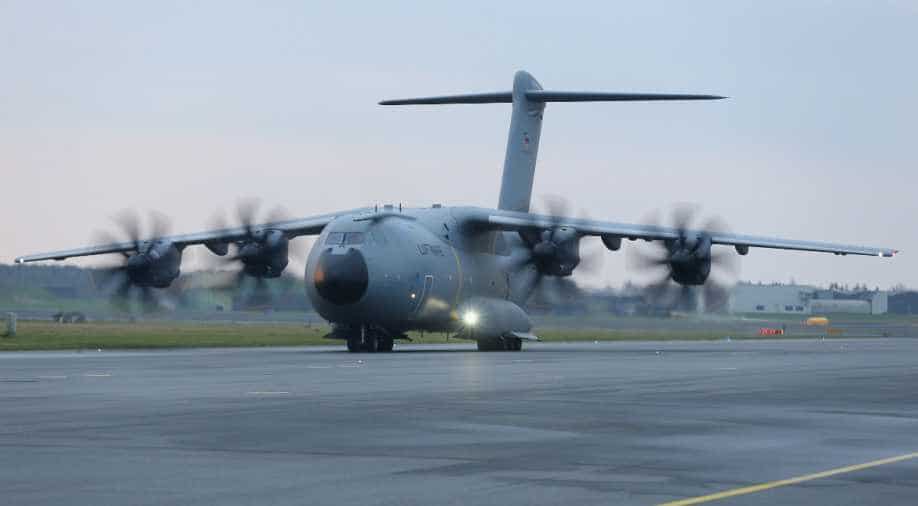 Two warplanes were shot down earlier this year by rebels. (Representative image.) Photograph:(Getty)
Follow Us
A Syrian warplane crashed northeast of Damascus today and its pilot was captured by rebels in the area, the Syrian Observatory for Human Rights said.

Syrian state media said the crash was caused by a technical fault and a search was under way for the pilot, who had ejected.

Insurgents said the plane had been shot down, but did not say what weaponry was used.

A spokesman for Jaish al-Islam rebels, who control territory on the Syrian capital's eastern and northeastern outskirts, circulated a photo they said showed the captured pilot.

Rebels shot down two warplanes earlier this year. The Syrian government said one of them was downed by an anti-aircraft missile, but rebels said they used anti-aircraft guns.

Any confirmation the rebels now have the missile equipment would be a major upgrade in their arsenal. Anti-aircraft missiles have long demanded by foreign-backed rebels against devastating aerial raids by Syrian and Russian forces.

Russia has been a major ally of Syrian President Bashar al-Assad and arms supplier in the country's civil war, now in its sixth year.