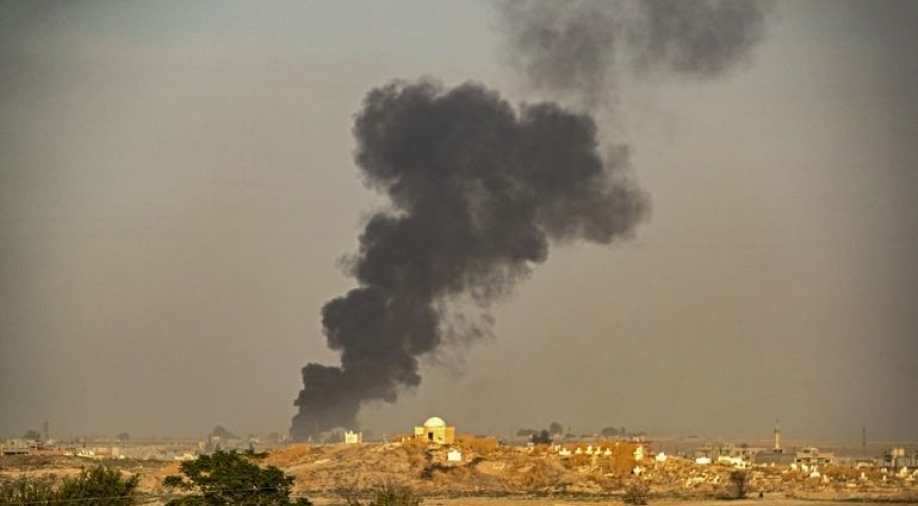 It also said that a total of 25 Turkish jets have been involved in the initial phase of the offensive.

"Two civilians lost their lives, two others were injured in the Turkish aerial bombardment" on a village west of the border area of Ras Al-Ain, said the Syrian Democratic Forces' coordination and military operations centre.

Earlier on Wednesday, the SDF reported "intensive bombardment by Turkish jets on military positions and civilian villages" in the areas of Ras al-Ain, Tal Abyad, Qamishli and Ain Issa.

It also said that a total of 25 Turkish jets have been involved in the initial phase of the offensive, striking a total of 16 targets across the wide border area.

It reiterated its call on the United States and the military coalition it leads in the region to implement "a no-fly zone to stop the attacks on innocent people".

The Kurd-led force also said Turkey's bombardment has triggered a wave of displacement from border areas.

In Ras al-Ain on Wednesday, residents could be seen walking on the street, carrying luggage, as clouds of smoke rose to the air, an AFP correspondent there said.

Motorcycles and vehicles packed with people streamed out of the area, he said, as the sound of explosions rang from several parts of the region.