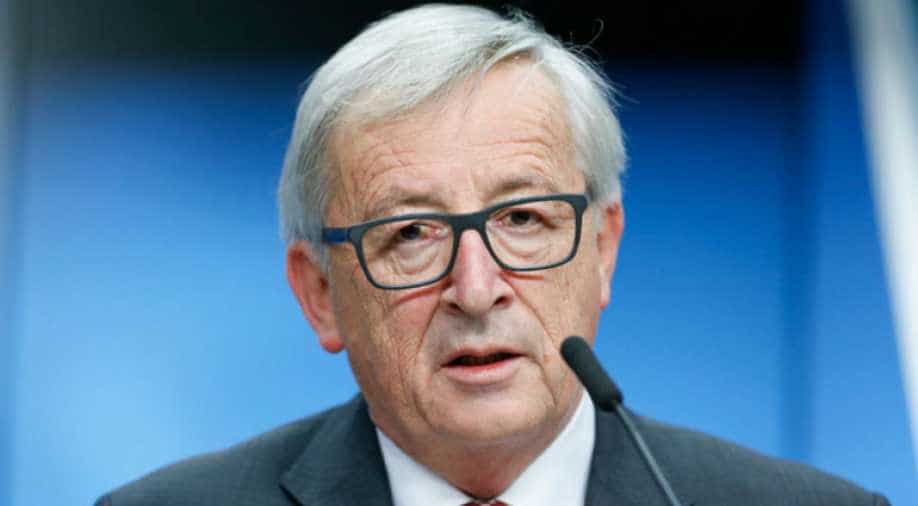 European Union chief Jean-Claude Juncker on Wednesday demanded Turkey halt its military operation against Kurdish militants in northern Syria, telling Ankara the bloc would not pay for any so-called "safe zone" that might be created.

He spoke as Turkish forces launched an assault on Kurdish positions, with airstrikes and explosions reported near the border.

Turkish President Recep Tayyip Erdogan announced the start of the attack, which is aimed at curbing the Kurdish-led Syrian Democratic Forces (SDF).

The SDF was previously allied to the US, which used it to crush the Islamic State group.

Juncker told the European Parliament he recognised Turkey had "security concerns" along the border. But he warned the military action would not lead to a "good result", saying a political solution was the only way to end the Syrian conflict.

"I call on Turkey as well as the other actors to act with restraint and to stop operations already, as we are speaking, underway," Juncker said.

"I have to say if the Turkish plan involves the creation of a so-called safe zone, don't expect the European Union to pay for any of it."

Ankara regards the Kurdish fighters as terrorists linked to insurgents inside Turkey. It wants to invade to create a "safe zone" on the Syrian side of the border where it could send back some of the 3.6 million refugees it hosts from Syria's eight-year civil war.

NATO member Turkey is technically a candidate country to join the European Union but accession talks are effectively frozen and ties between the Ankara and the bloc have limped along for years.

Ankara agreed to a $6.6 billion deal with Brussels to stem the influx of migrants to the EU in 2016, but relations soured after Erdogan unleashed a major crackdown in the wake of a failed coup to overthrow him in the same year.