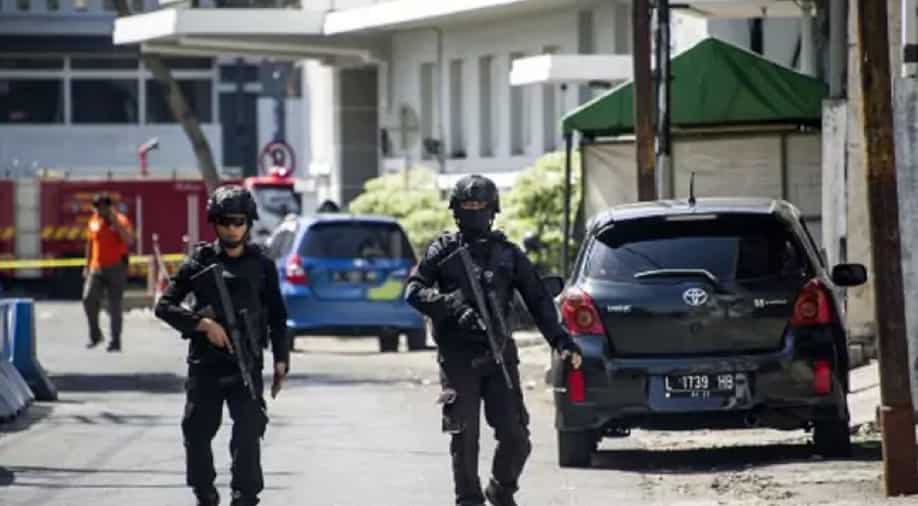 The blast had occurred at 8.50 am (0150 GMT) at their police office, East Java police spokesman Frans Barung Mangera told a briefing. The full extent of casualties was unclear, he said.

Citing CCTV footage from the scene, East Java Police spokesman Frans Barung Mangera said a man and a woman on the bike stopped at the security checkpoint.

"That's where the explosion happened," he added.

"Two people were riding (on the motorcycle) and a woman was sitting at the back."

Ambulances and the bomb squad descended on the chaotic scene with the CCTV images showed the mangled wreckage of a motorbike at the security gate at the headquarters in the heart of the city.

There was no immediate claim of responsibility after the latest suicide bombing.

"This is a cowardly act, undignified and inhumane," Indonesian President Joko Widodo told reporters in Jakarta.

"There will be no compromise in taking action on the ground to stop terrorism."

Indonesia has had some major successes tackling militancy inspired by al Qaeda's attacks on the United States in 2001. But there has been a resurgence of Islamist attacks in recent years, including in January 2016 when four suicide bombers and gunmen attacked a shopping area in central Jakarta.