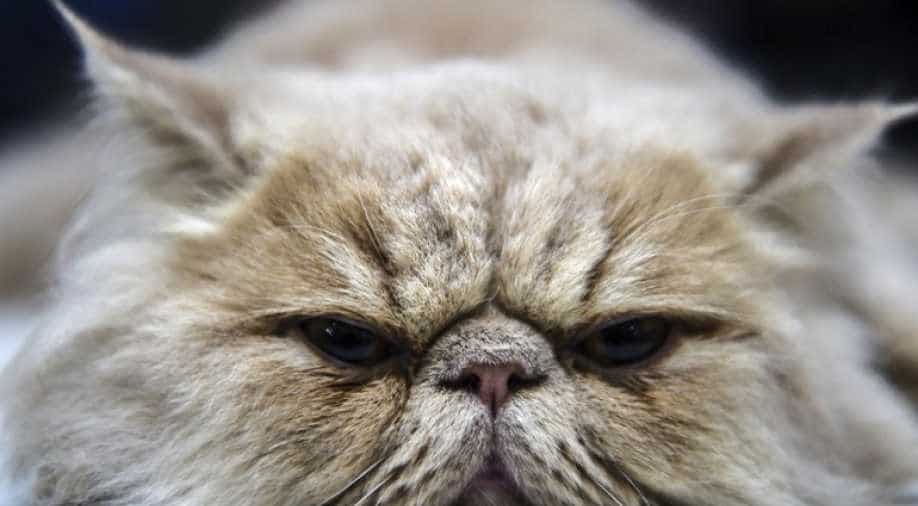 A persian cat is pictured during a world cats show contest organized by the World Cat Federation (WCF) in Istanbul. Photograph:( AFP )

After almost half an hour of the takeoff, the unexpected passenger got into the cockpit and started attacking the pilots

From engine fault to passenger's mistakingly opening doors, we have heard several reasons for a plane to make an emergency landing. However, this time it was a pilot under attack and the culprit cannot defend itself.

A passenger plane was forced to return to the airport of Khartoum, Sudan's capital city after an angry cat attacked the pilots in the cockpit.

Also read | 'I am not a cat': Lawyer shows up as kitty during Zoom court hearing

After almost half an hour of the takeoff from the Khartoum International Airport, the unexpected passenger got into the cockpit and started attacking the pilots.

Clearly not a fan of flying, the ferocious cat launched attacks at the whole crew. When everybody failed to control the cat, the pilot gave up and decided to turn around to make an emergency landing, as reported by a local media house Al-Sudani.

The commercial flight was a Sudanese Tarco airline bound for Qatar’s capital, Doha.

While everybody landed safely and nobody was hurt, it is still unclear that how did the ferocious cat get into the cockpit. As of now, it is being assumed that the ct sneaked into the passenger flight while the crew might have opened the plane to clean or during the engineering review.

As per local reports, the aircraft was parked at a hangar on the Khartoum airport and is being assumed that the cat sneaked into the aircraft in that hangar.