Sudan: From demonstrations to transition accord 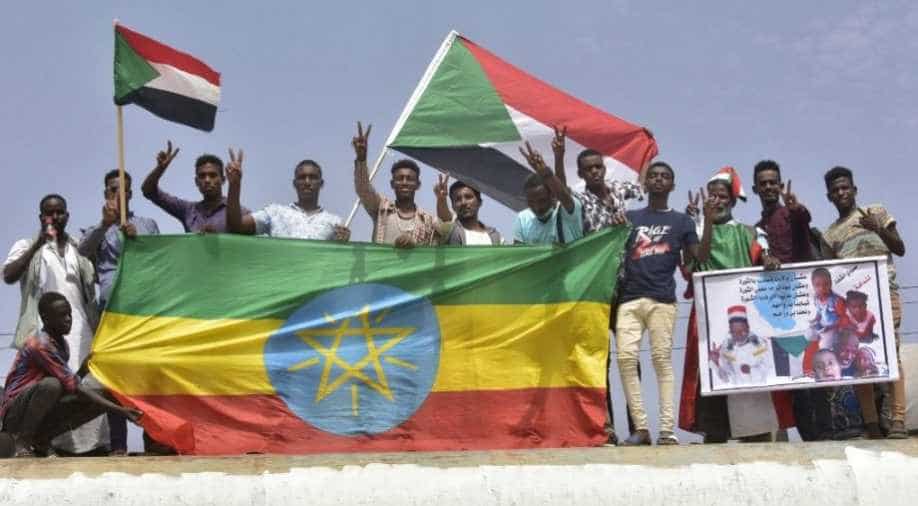 Protests erupted on December 19, 2018, against a government decision to triple bread prices.

The launch on Saturday of a historic transition to civilian rule in Sudan comes eight months after the start of popular protests, in which more than 250 were killed.

Protests erupted on December 19, 2018, against a government decision to triple bread prices.

They quickly spread in the form of weekly demonstrations, and morph into demands for President Omar al-Bashir to quit after three decades of iron-fisted rule.

In the capital Khartoum on December 20, demonstrators take to the streets chanting "freedom, peace, justice".

On April 6, 2019, thousands gather outside army headquarters in Khartoum, staying there for six days to plead for the military's support.

On April 11, military authorities announce they have removed Bashir from power and that a transitional military council will govern for two years.

Defying a month-long curfew, thousands of demonstrators remain camped in front of army headquarters as the protest movement demands power to be handed to a civilian government.

Talks between ruling generals and protest leaders end abruptly on May 20 without an accord on the make-up of a joint civilian-military council to govern during a transition.

Thousands of public and private sector workers strike on May 28 and 29 to pressure the military leaders.

On June 3, armed men in military fatigues move in on the protest camp outside army headquarters and disperse thousands still gathered there.

It is the start of a crackdown that lasts several days, in which 127 people are killed, according to doctors close to the demonstrators.

The Rapid Support Forces (RSF), a feared paramilitary that sprang from the notorious Janjaweed militia accused by rights groups of committing war crimes in Darfur, is blamed for the violence. The military rulers announce a probe.

The military scraps all previous agreements with protest leaders for a transition and calls for elections within nine months.

On June 9, protest leaders launch a nationwide campaign of civil disobedience that paralyses the country for two days, hitting the economy hard.

After both sides signal, they are ready to talk again, Ethiopia and African Union mediators in late June present new proposals for a transition.

On July 5, after two days of negotiations, the two sides agree in principle on an accord providing for power-sharing before the transition to civilian rule.

Crowds take to the streets of Khartoum to celebrate.

On July 29, six demonstrators, including four school students, are shot dead during a rally in the central town of Al-Obeid against shortages of bread and fuel. Negotiations are suspended, before resuming on August 1.

On August 4, the military and protest leaders sign a declaration, under which a joint civilian-military ruling body will govern for a 39-month transition period, overseeing the formation of a civilian government and parliament.

On August 15, veteran economist Abdalla Hamdok is nominated as prime minister of the future transition government.

The next day, Qatari broadcaster Al-Jazeera says it has been allowed to reopen its Khartoum office, which had been shut down in May.