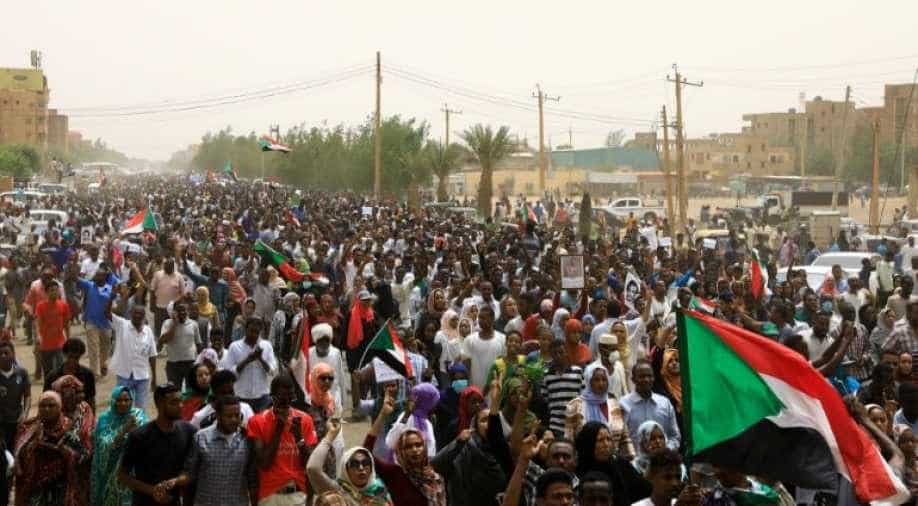 Another 181 people were also injured, including 27 with bullets, the local media said.

Around seven people were killed on Sunday as tens of thousands of people took to the streets in Khartoum demanding the ruling military hand over to civilians.

The local media quoting a health ministry official said that ''seven were killed in the protests'' but they didn't mention how they died or their identification.

Another 181 people were also injured, including 27 with bullets, the local media further added.

Several protesters waved the Sudanese flag and chanted "civilian, civilian" and "blood for blood" in several parts of the capital.

The security forces fired tear gas on protestors in the northern Khartoum district of Bahri and in Mamura and Arkweit, in the capital's east.

Sudan’s military rulers overthrew president Omar al-Bashir on April 11 after months of demonstrations against his rule.

The citizens since then have been demanding civilian rule.

"We're fed up with the military. For decades this country has been ruled by the military. It didn't work and it will not work," said protester Nada Adel, 28.