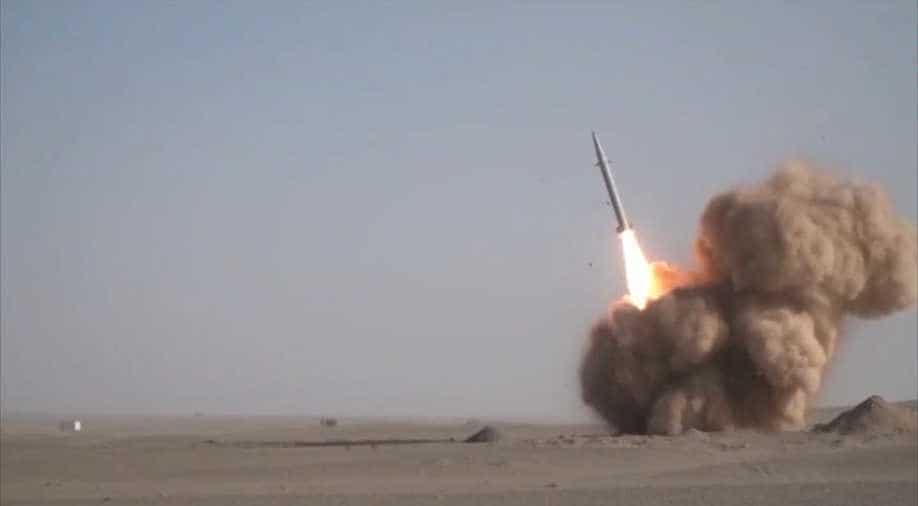 An image grab from footage obtained from the state-run Iran Press news agency on February 9, 2020 shows the launch of the new Raad-500 missile.  Photograph:( AFP )

The United States and Iran came close to an all-out confrontation twice in the past seven months.

"It was launched with success and ... we have reached most of our aims ... but the Zafar (victory in Farsi) satellite did not reach orbit as planned," the official told state television.

However, Iran maintained it has no intention of acquiring nuclear weapons and says its aerospace activities are peaceful and comply with a UN Security Council resolution.

The United States and Iran came close to an all-out confrontation twice in the past seven months.

Long-standing hostility between Tehran and Washington worsened in 2018 when US President Donald Trump unilaterally withdrew from a deal that froze Iran's nuclear programme, before issuing new demands that Tehran curtails its development of ballistic missiles.

However, Iran refused to come to the negotiating table unless the US withdraws punitive economic sanctions.