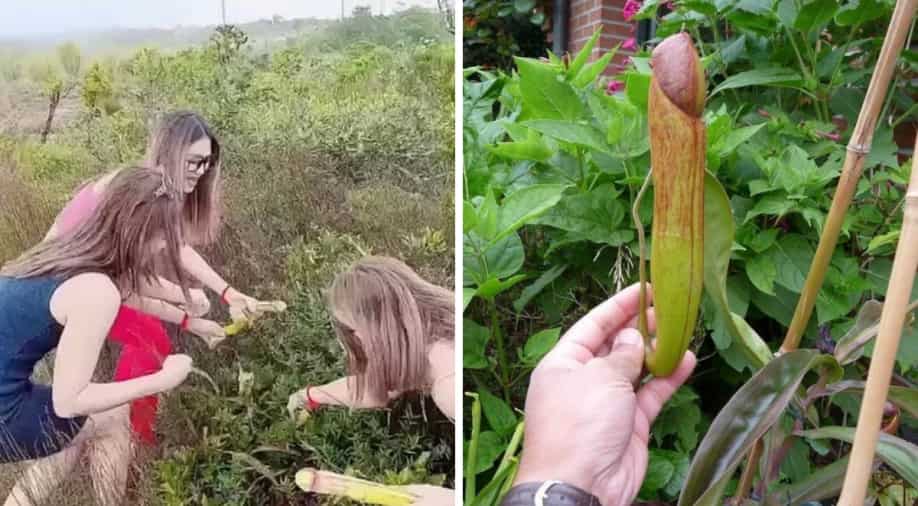 Nepenthis holdenii, which has been dubbed as ‘penis plant’, is commonly found in the mountainous region of western Cambodia

After a video of three women plucking a carnivorous plant resembling a male genital went viral, the Cambodian government warned the public not to engage in such activities over fears that it might become extinct.

Nepenthis holdenii, which has been dubbed as ‘penis plant’, is commonly found in the mountainous region of western Cambodia.

The plants survive in low-nutrient soil by supplementing their diet with live insects, using their nectar and a sweet scent to attract prey.

In a Facebook post, the country's Ministry of Environment said issued a stern saying, “What they are doing is wrong and do not do it again in the future! Thank you for loving natural resources, but do not pick, (or) they will be ruined!”

The video that went viral showed three women plucking the endangered flowers in Bokor Mountain in Kampot province of Cambodia.

In recent years, locals and tourists have been pulling the frisky-looking flora from the ground at an increased rate and snapping selfies for social media.

The natural habitats of carnivorous pitcher plants have declined in Cambodia due to agricultural expansion on private lands and the growth of the tourism industry into protected areas, the Science Daily reported citing a 2021 study in the Cambodian Journal of Natural History.

Environmentalists noted that while the phallic appearance of the plants is "fun", picking them could jeopardize their survival.

Notably, a six-and-a-half-foot-tall plant known as the amorphophallus decus-silvae “penis plant” bloomed in Europe last October for the first time in almost 25 years, according to the New York Post.

The plant — which looks like an erect penis — flowered at the Hortus Botanicus in the Netherlands, with excited crowds flocking there to take in the phallic phenomenon.