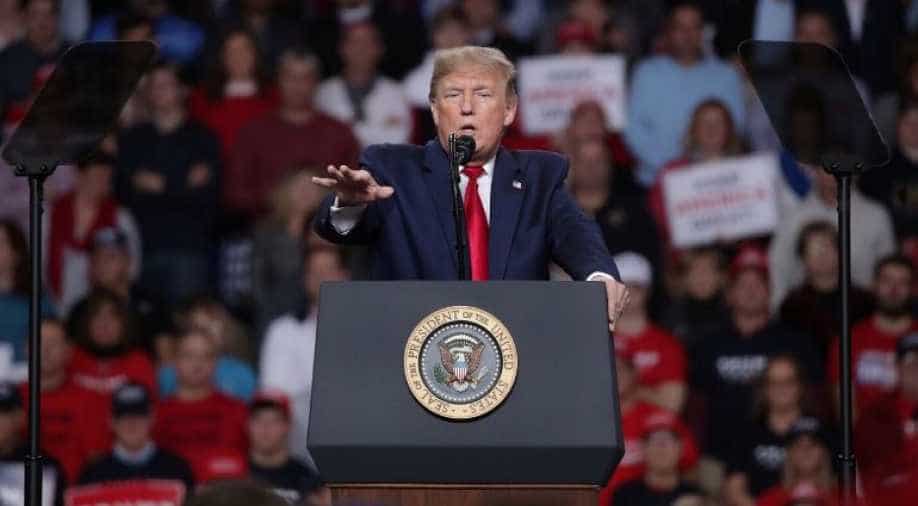 A week after millions of Americans began taking shelter at home from the coronavirus, states warned on Tuesday against easing restrictions too soon even though the clampdown is devastating the U.S. economy.

President Donald Trump said on Monday he was considering how to restart business life when a 15-day shutdown ends next week, even as the highly contagious virus spreads rapidly and poorly equipped hospitals struggle with a wave of deadly cases.

A Republican, Trump is seeking to win re-election in November on a promise of economic growth.

Governor Andrew Cuomo, a Democrat whose state of New York has become the epicenter of the U.S. outbreak with 25,665 cases, strongly opposed allowing people to travel, socialize and get back to workplaces too quickly.

"If you ask the American people to choose between public health and the economy, then it's no contest. No American is going to say accelerate the economy at the cost of human life," he said at a convention center in Manhattan that is being repurposed to fit beds for coronavirus patients.

Cuomo said the projected need for hospital beds in New York at the peak of the outbreak has jumped to 140,000, compared with the 53,000 that are available and that the apex of the outbreak could still be 14-21 days away

Maryland Governor Larry Hogan, a Republican, told CNN on Tuesday: "We don't think that we're going to be in any way ready to be out of this in five or six days or so, or whenever this 15 days is up from the time that they started this imaginary clock."

More than 42,000 people in the United States have contracted COVID-19, the respiratory illness caused by the virus, and at least 620 have died. The World Health Organization on Tuesday warned that the United States has the potential to become the global epicenter of the coronavirus pandemic, citing a "very large acceleration" in infections.

Senior Pentagon leaders said on Tuesday that the outbreak could continue for months.

Trump issued guidelines last week that he said aimed to slow the spread of the disease over 15 days, including curbing unnecessary travel. Economic activity has ground to a halt in major states such as New York and California.

The coronavirus has shuttered thousands of U.S. businesses, thrown millions out of work and led state governors to order about 100 million people - nearly a third of the nation's population - to stay at home.

There were signs that nerves had begun fraying after days of people working from home, looking after children whose schools are shut and severely scaling back on everyday activities.

Steve Rubinstein, a small bottle of hand sanitizer dangling from his belt loop, was juggling his two small children as they played in a New York park. Both he and his wife are working from home.

"It's very challenging, my wife and I both work, we have fulltime jobs," he said. "But it's, yeah, it's nonstop, it's relentless," Rubinstein, 35, added about balancing work demands and keeping their children safe and entertained.

Trump told a White House news conference on Monday that "America will again and soon be open for business," saying the crisis should not "turn into a long-lasting financial problem."

Rapidly reopening the economy might backfire, with higher deaths and people remaining fearful of going out, according to investors who remain anxious about the coronavirus’ uncertain trajectory and its economic toll.

“Markets will react badly because they have learned that this approach doesn’t work,” Axel Merk, chief investment officer of Merk Investments, said. “From a medical point of view, you have to break the exponential growth and you do that with shelter in place policies.”

After taking a beating for most days in recent weeks, Wall Street bounced from three-year lows on Tuesday amid signs that Washington was nearing a deal on a $2 trillion package to rescue the economy from coronavirus. All three main U.S. stock indexes jumped more than 5%.

After criticism from Cuomo and others that Trump was not wielding special powers to force businesses to make medical equipment likes masks and ventilators, the federal government said on Tuesday it would use the Defense Production Act to procure 60,000 coronavirus test kits.

Peter Gaynor, the Federal Emergency Management Agency administrator, told CNN the Trump administration had decided to use the act because "there are some test kits we need to get our hands on." It would be the first time the act is being used for the coronavirus crisis.

For right now, Birx said people in the United States should continue to follow the guidelines of social distancing.

"What the president is doing is looking for the future ... not looking to change what we're doing now," she said.

Stephen Moore, an economic commentator said by Trump's aides to be influencing the president, told Reuters on Monday there was a re-examination in the White House of the wisdom of “a full scale … shutdown of the economy.”

He said there were some who thought that “if we go on too long with the economy shut down, the human toll for that could be greater than the risk of the virus."

Despite the huge changes to daily life, many Americans still say they are willing to make sacrifices.

Christine Schindler, 58, a former receptionist, was alone waiting for a bus on Manhattan’s Upper West Side on Tuesday. She said she thought it was dangerous to lift the restrictions too early for the sake of the economy.

“It’s going to come back up anyway, really, once things hit the bottom,” she said. “This is supposed to be the number one economy in the world.”