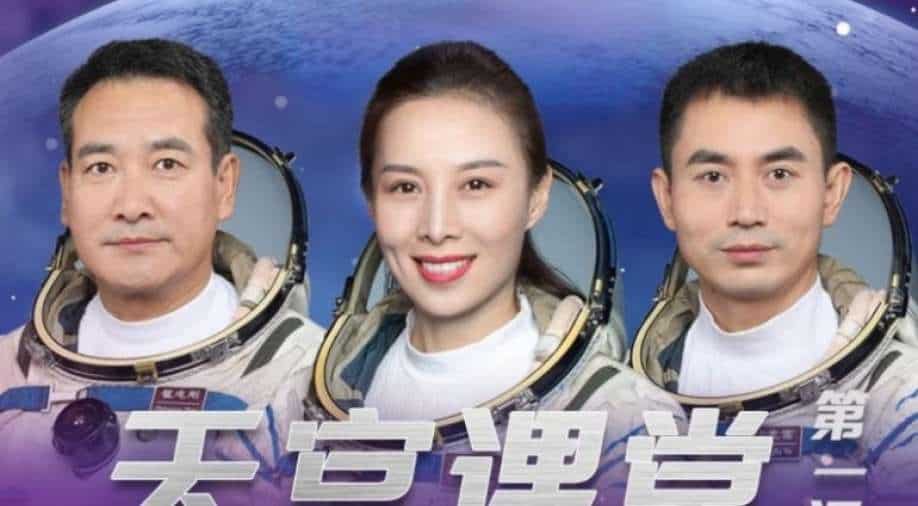 These Chinese astronauts onboard Shenzhou 13 will conduct a live class for children Photograph:( WION Web Team )

In this class, the astronauts will talk about the behaviour of biological cells, movement in microgravity, their life and work aboard the Tianhe space station module and more

Astronauts of China’s Shenzhou 13 have taken the initiative to take a live science lesson for young kids on December 09. The scientists will be coming live from the Tiangong space station.

This science lesson will be conducted by astronauts Zhai Zhigang, Wang Yaping and Ye Guangfu who will start the class at 2:40 am EST. The astronauts will be coming live from inside the Tianhe module, the core of the Tiangong station.

In this class, the astronauts will talk about the behaviour of biological cells, movement in microgravity, their life and work aboard the Tianhe space station module and more.

The class will be a part of a series called "Tiangong Classroom", which has been named for the Chinese space station. The aim of this series is to make young children aware about space and science, and spark interest regarding the same.

This is not the first time that such an initiative has been taken in China. In 2013, during his first spacewalks, Wang Yaping held his first lesson with 60 million Chinese children while he was onboard the the Tiangong 1 space lab.

This lesson for kids will be live streamed by Chinese media.