Spain to seek ex-Catalan leader's arrest if travels to Denmark 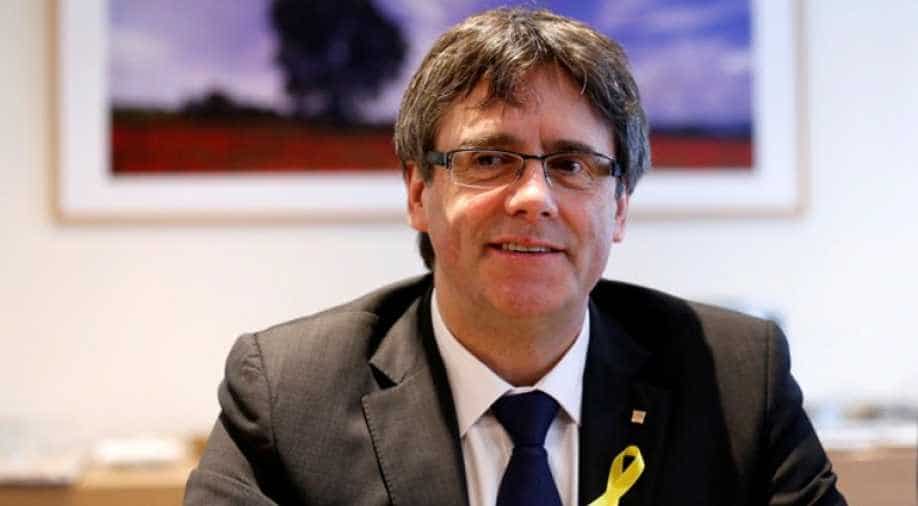 Spain’s state prosecution service said on Sunday it would seek the arrest of former Catalan president Carles Puigdemont if he travelled from Belgium to Denmark on Monday to attend a debate he is billed to host.

Puigdemont fled to Brussels after his regional government declared independence from Spain on October 27 following a referendum ruled illegal by Spanish authorities, who also sacked his cabinet.

The Spanish Supreme Court issued an international arrest warrant against him but withdrew it in December to avoid the risk of Belgian authorities granting him asylum.

The prosecution service said it would “immediately” ask the judge overseeing Puigdemont’s case to reinstate the warrant and request that Danish authorities arrest him once it confirmed his travel plans.

The University of Copenhagen said on Friday that Puigdemont would attend the event on Monday at its political science department: “Catalonia and Europe at a Crossroads for Democracy Debate with Carles Puigdemont.”

Puigdemont’s lawyer, Jaume Alonso-Cuevillas, told Catalan public radio on Sunday that the risk of his client being arrested in Denmark was “quite high”, though he also believed Danish authorities would decline to serve any warrant.