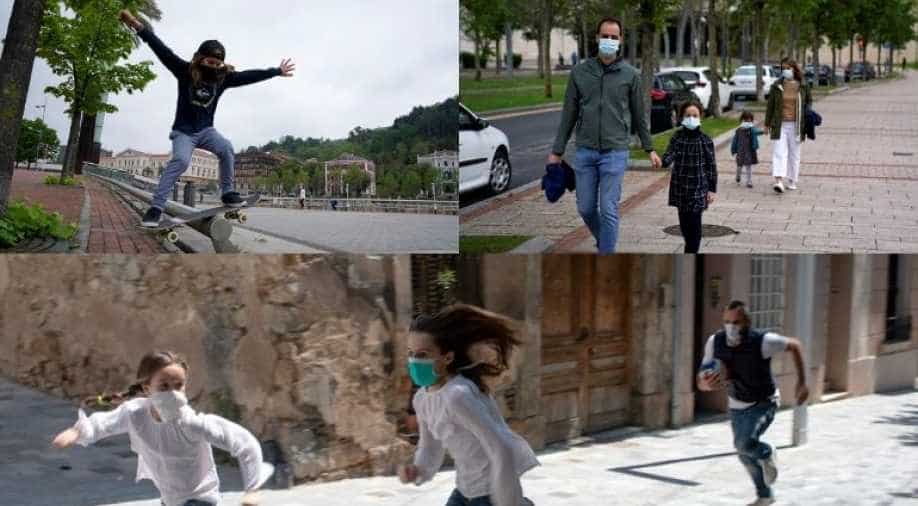 The country witnessed the sixth consecutive day of the death toll below 400, even as PM Pedro said the easing of lockdown would continue till end June

Spain on Wednesday reported 325 deaths in the last 24 hours taking the overall death toll due to the virus to over 24,000.

The country witnessed the sixth consecutive day of the death toll below 400, even as PM Pedro said the easing of lockdown would continue till end June.

The death toll due to the virus has risen to 24,275 which is the second-highest after Italy which has 27, 359 fatalities, according to Johns Hopkins coronavirus resource center's live tracker.

The number of infected cases in the country stands at 232,128 which is the second-highest in the world after the United States which has over a million infected cases.

The number of people who have recovered from the virus rose by 6,399 over the past 24 hours, the health ministry informed.

With the numbers gradually falling, Spain announced that children could go out to play for an hour last week even as restrictions on the lockdown are set to ease from May 2.

PM Pedro Sanchez had announced a four-step procedure to end the lockdown which has been ongoing for the past six weeks. On May 2, Spanish authorities plan to allow citizens to go for a walk with takeaway restaurants allowed to function.

In phase two, Spain intends to open bars and restaurants to receive customers for table service only among other measures. And finally in the third phase, categorised as the "new normal" shops will be allowed to open with people observing social distancing norms.