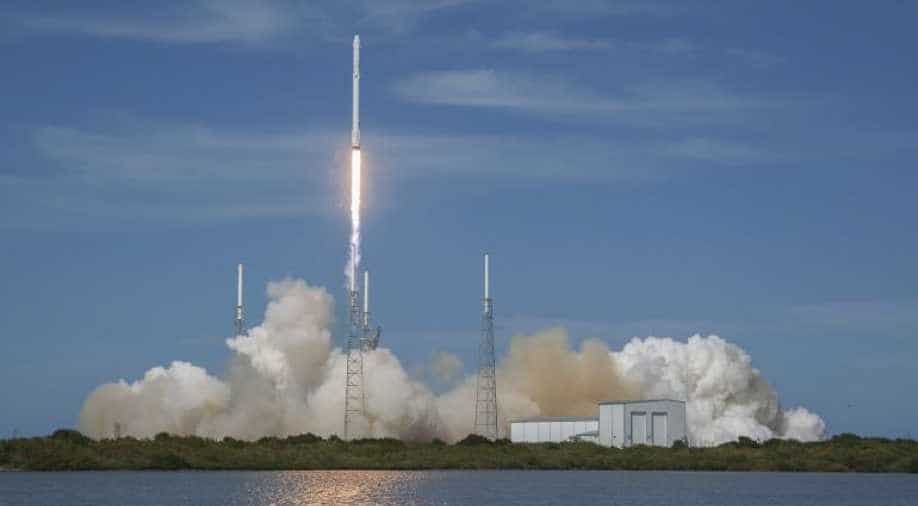 SpaceX has sent laundry detergent to astronauts at the International Space Station (ISS) on Wednesday (representative image). Photograph:( Others )

Elon Musk-led SpaceX has launched Dragon spacecraft as part of its resupply mission to the International Space Station.

The spacecraft was launched from Space Launch Complex 40 at Cape Canaveral Air Force Station in Florida on Monday. Within 10 minutes of its launch, the spacecraft was confirmed of having reached a "good orbit".

Right on schedule, solar arrays have been deployed on the @SpaceX #Dragon cargo spacecraft as it heads to @Space_Station. Watch: https://t.co/C8BIw7hGzo pic.twitter.com/OjC13uB8zj

'Dragon' left Earth packed with 2,630 kg of research, crew supplies and hardware. It is expected to attach to the space station on Wednesday after which it will spend close to a month attached to the ISS.

Dragon's return is scheduled around May with some results of completed experiments.

Dragon is on its way to the International Space Station. Capture by @Space_Station crew set for Wednesday morning.

Dragon's mission includes delivering scientific investigations such as studying severe thunderstorms on Earth, food growth in space, among others.

The spacecraft also carried equipment for testing and studying the effects of the harsh space environment on items, identifying potential pathogens in the station and investigating an antibiotic-releasing wound patch.