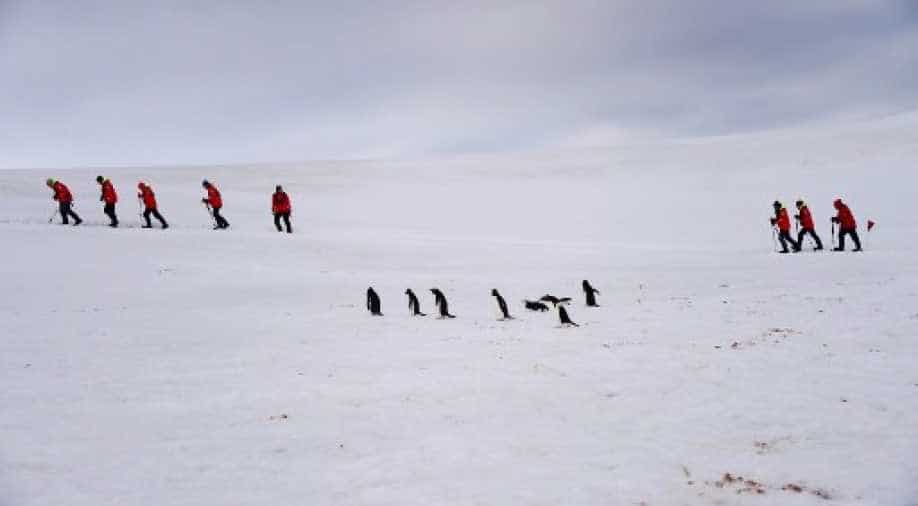 Researchers in the United States, New Zealand and Britain while analysing weather data of the past 60 years concluded that the South Pole was experiencing "accelerated warming".

According to a study, the South Pole has been heating up three times the global rate.

Scientists had earlier believed that the South Pole was immune to warming due to its cold temperature but a new study in Nature revealed that "the South Pole has experienced a record-high statistically significant warming of 0.61 ± 0.34 °C per decade".

Researchers in the United States, New Zealand and Britain while analysing weather data of the past 60 years concluded that the South Pole was experiencing "accelerated warming".

The research showed that the region had undergone warming of more than 1.83 C since 1989 worrying nature experts. The study found that warm ocean temperatures had over the decades lowered atmospheric pressure over the Weddell Sea in the southern Atlantic leading to the incease in the flow of warm air directly over the South Pole.

The researchers attributed the change in climate at the South Pole to the phenomenon known as the Interdecadal Pacific Oscillation (IPO) when the cycle lasts for about 15-30 years oscillating between "positive" and "negative" state.

Nature said: "These results underscore the intimate linkage of interior Antarctic climate to tropical variability," while adding,"this study shows that atmospheric internal variability can induce extreme regional climate change over the Antarctic interior, which has masked anthropogenic warming signal there during the twenty-first century."