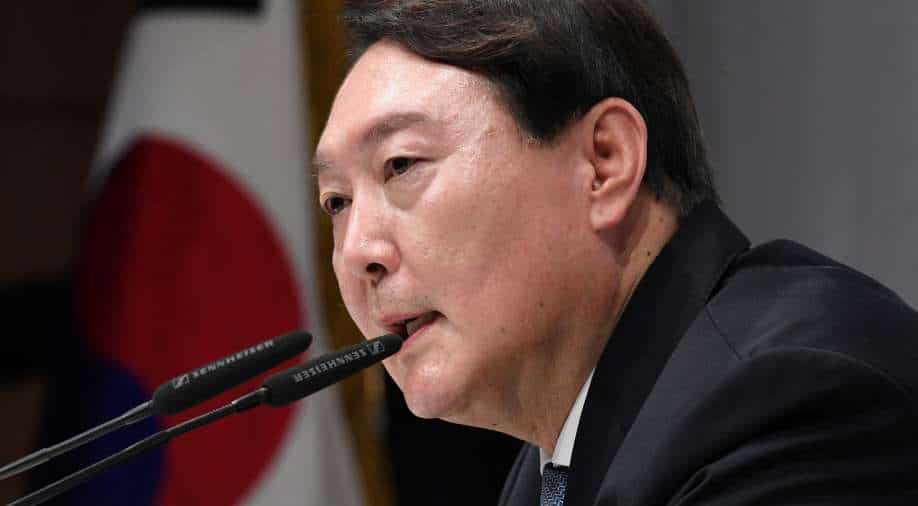 Yoon’s wife, Kim Keon-hee, allegedly fabricated her credentials when applying for jobs at universities in 2007 and 2013

South Korean opposition party’s presidential nominee apologised on Friday following allegations that his wife lied on her resume to land a teaching job several years ago.

Yoon Suk-yeol, the candidate from the main conservative opposition People Power Party (PPP), is facing off against the ruling Democratic Party’s Lee Jae-myung.

Both candidates have been embroiled in a controversy involving family members this week.

On Thursday, Lee had to apologise for his son's illegal gambling.

The YTN news network accused Yoon’s wife, Kim Keon-hee, of fabricating her credentials when applying for jobs at universities in 2007 and 2013.

The revelations caused a flutter in South Korea with many people viewing the indiscretion as an abuse of power by the politicians.

"I am sorry for causing concern to the people with the controversy surrounding my wife," the PPP candidate said during an unannounced visit to the press room at the party headquarters.

“I state clearly that, regardless of the reasons, the fact that the credentials were inaccurately stated and raised a controversy is in itself not in line with the fairness and common sense that I have preached,” he added.

The apology comes two days after Kim offered her own apology for the “discomfort and fatigue the people may feel.”

Yoon, who is considered a political novice, shot to fame as prosecutor-general for indicting Cho Kuk, a former justice minister and aide to President Moon Jae-in, over several charges including bribery and fraud in getting his daughter into university.

The party came to power in 2017 vowing to clean up politics after Moon's conservative predecessor was impeached and jailed for corruption.

Moon is limited to one term under the constitution.