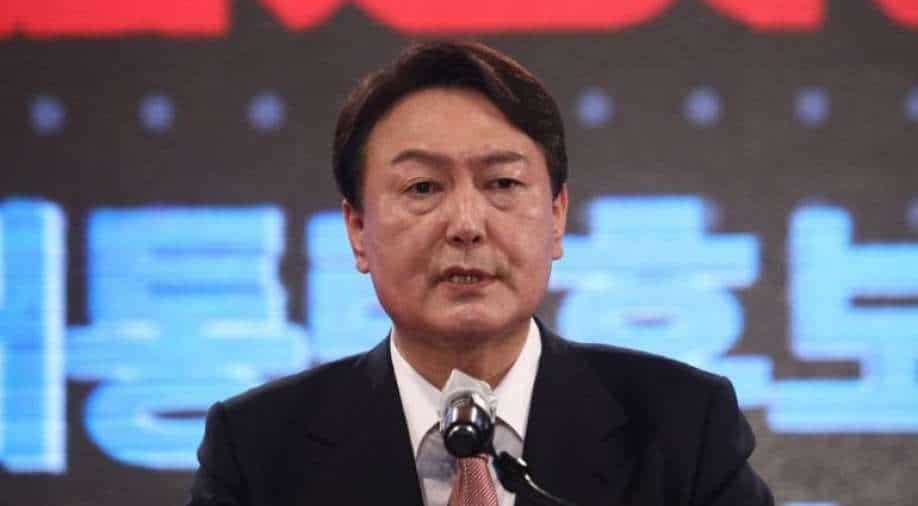 In a series of posts, Chung Yong-jin, head of the country’s retail giant Shinsegae, wrote a slogan for the campaign using the word myulgong, which means 'annihilate communism'

Even Presidential candidate Yoon Seok-youl is backing the campaign using a slogan that dates back to the Korean war.

In a series of posts, Chung Yong-jin, head of the country’s retail giant Shinsegae, wrote a slogan for the campaign using the word myulgong, which means “crush commies” or “annihilate communism.”

The word has been trending the country for the past week. However, several posts with the hashtag have been deleted saying that they instigate violence.

Chung has used phrases that translate to “I hate communism” and “let’s all shout myulgong together.”

His posts have received hundreds of likes and readers have expressed their support for the campaign.

During the Korean War between the north and south, the former was backed by China and the then-Soviet Union, while the latter was supported by the United States.

The 1950-53 Korean War ended with an armistice not a peace treaty, leaving US-led UN forces technically still at war with North Korea.

The question of formally ending the war has become caught up in a US-led effort to get North Korea to give up it nuclear weapons.

South Korean leaders in 1953 opposed the idea of a truce that left the peninsula divided and were not signatories to the armistice.

Historians have estimated the war may have caused as many as 1 million military deaths and killed several million civilians. Thousands of families were divided with little contact as the heavily fortified Demilitarized Zone (DMZ) cut the peninsula in two.

South Korea President Moon Jae-in, a liberal who has made improving ties with North Korea a priority, sees ending the war as a way to nudge forward the effort to press North Korea to give up its nuclear and ballistic missile arsenals in return for US sanctions relief.