South China Sea row: US has lots of experience in 'taking down small islands' in Western Pacific, says US general 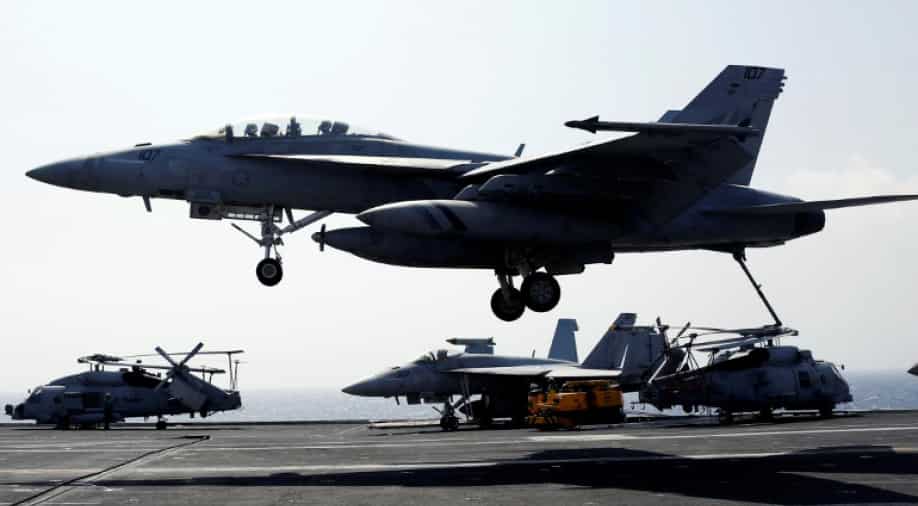 China and the US have been trading barbs over the South China Sea conducting military drills close to disputed waters.

As tensions between US and China escalate over military drills in the South China Sea, Lt. General Kenneth McKenzie, director of the US Joint Staff, said the US has a lot of experience in the Western Pacific taking down small islands.

"I would just say that the United States military's had a lot of experience in the Western Pacific taking down small islands," Lieutenant General Kenneth F. McKenzie, Jr said.

The general referring to the World War II campaign when the US forces freed pacific islands of Iwo Jima and Okinawa from the Japanese army, added that, "One shouldn't read anything more into that than a simple statement of historical fact."

In keeping with its larger foreign policy interests in the Pacific, US Secretary of Defense James Mattis met with  Vietnam's Defence Minister, Ngô Xuân Lịch, on the sidelines of the Shangri La Dialogue in Singapore in order to reinforce Vietnam's "sovereignty over its own future".

China and the US have been trading barbs over the South China Sea conducting military drills close to disputed waters. The islands which have a significant strategic advantage are claimed by China, which is also contested by other countries in the region namely - Indonesia,  Brunei, Malaysia, Taiwan, Vietnam and the Philippines.

The US has stationed two fleets in the Western Pacific with South China becoming a major flashpoint between China and the US. China has been bringing up artificial islands in the area, claiming it as their own complete with airstrips and surveillance equipment scaring other countries in the region.

The US aircraft carriers with F-18 Hornet, guided missiles and helicopters have been conducting sorties in the South China Sea while keeping a tab on the Chinese Air Force.

"Some people of the United States are hyping up the so-called China's 'militarization' in the South China Sea," the Chinese spokesman said, adding that it was like a thief is crying 'stop thief'.

"Is the freedom of navigation endowed by the international law really what the United States wants, or the 'freedom of rampage' in its dictionary of hegemony?," the Chinese spokesman asserted.