South Africa to get first of 4.5 million Pfizer vaccine doses 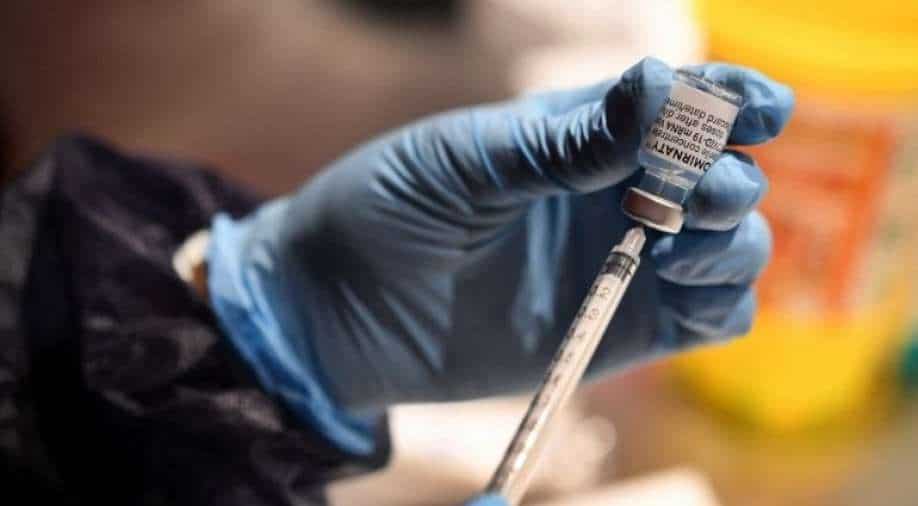 A nurse prepares a syringe with a dose of the Pfizer-BioNtech Covid-19 vaccine Photograph:( AFP )

In a statement, Health Minister Zweli Mkhize said 325,260 doses were scheduled to land at the country's OR Tambo International Airport in Johannesburg late on Sunday

South Africa will  on Sunday take delivery of the first batch of its 4.5 million Pfizer coronavirus vaccines as the country readies to start ramping up immunisation.

In a statement, Health Minister Zweli Mkhize said 325,260 doses were scheduled to land at the country's OR Tambo International Airport in Johannesburg late on Sunday.

A similar number is expected weekly until the end of this month.

"Thereafter the vaccine supply will increase to an average of 636, 480 doses weekly from 31 May which will see us accumulating close to 4.5 million doses by the end of June," he said.

South Africa is the continent's worst affected country with over 1.5 million infections, including 54,406 fatalities.

But it has vaccinated only 318,670 people, mainly health workers so far.

This was after it suspended inoculations using Johnson & Johnson anti-Covid vaccines for two weeks last month to vet risks over blood clots.

The resumption of the Johnson & Johnson vaccine will target health workers in particular.

South Africa earlier this year purchased AstraZeneca vaccines and then sold them to other African countries following fears that it would be less effective against a local variant of coronavirus.

The government also said it was expecting more Johnson & Johnson jabs from a local plant of Aspen Pharmacare by mid-May.

The doses are ready but awaiting checks by international regulators.

"We are confident that the final outcome will be positive and that, provided there are no further disruptions, Johnson and Johnson will be in a position to release the stock from the Aspen plant... by the middle of May," said the minister.

Authorities say they have purchased enough doses of the vaccine to immunise at least 45 million people.

The government previously set a target of March 2022.