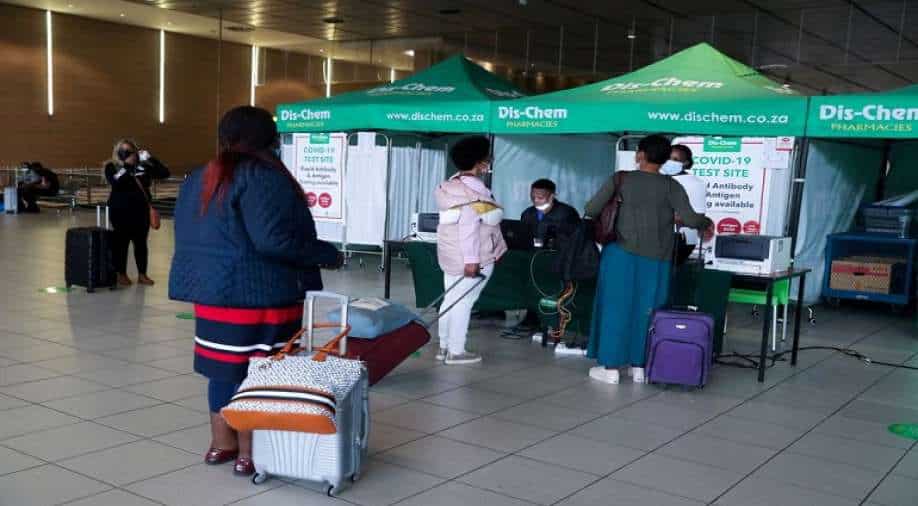 South Africa is on the verge of COVID-19 fifth wave, according to experts Photograph:( Reuters )

With the world suffering from a surge in cases due to the BA.4 and BA.5 sub-variants of COVID-19, South Africa can be headed towards a fifth wave of infections.

The COVID-19 cases are on the rise once again and the worrying signs are clear in South Africa. The nation suffered a lot during the Omicron outbreak with huge number of cases and this week, South Africa reported around 10,000 new infections – the first time since January this year.

According to the data provided by South Africa’s National Institute for Communicable Diseases on Wednesday, 10,107 cases were reported with most of them showing signs of the Omicron sub-variants. Some experts believe that this can be the indication of the COVID-19 fifth wave.

With the world suffering from a surge in cases due to the BA.4 and BA.5 sub-variants of COVID-19, South Africa can be headed towards a fifth wave of infections. The last time that South Africa recorded 10,000 daily cases was in the middle of the fourth wave earlier this year.

During the fourth wave, South Africa had the highest number of COVID-19 cases and deaths in Africa, and it was predicted by WHO that they can be the first country in Africa to witness the fifth wave.

According to Reuters, the vaccination rate in South Africa has also been quite average with just 45 per cent of the total population getting completely vaccinated. Even the first dose was administered on just 50 percent of the entire population due to shortages and patient reluctancy.

Earlier, it was reported that South Africa’s positivity rate is around 30 per cent at the moment – a level reminiscent of the fourth wave. According to a Bloomberg report, the highest positivity rate in South Africa remains 34.9 per cent which was recorded on December 14, 2021 in the middle of one of the worst phases in the country’s battle with COVID-19.