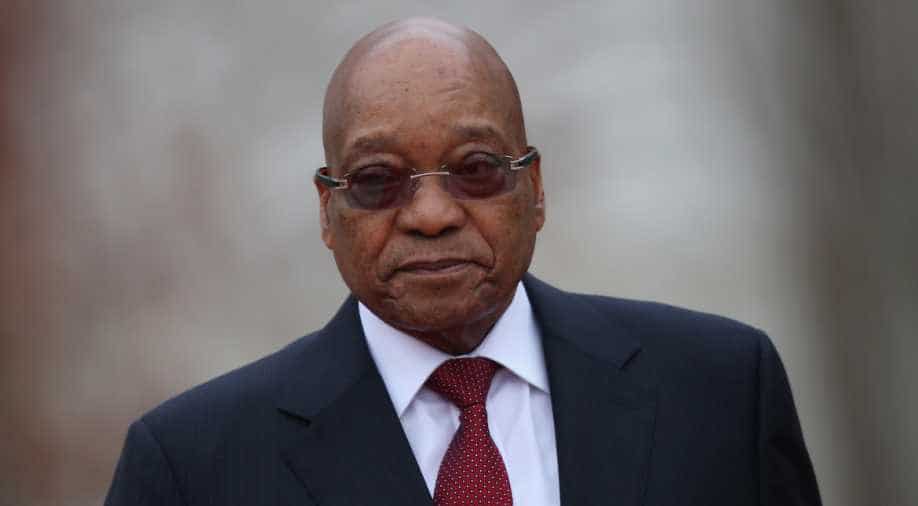 The documents were released hours after Zuma's lawyers dropped their legal appeal to block the release of the Public Prosecutor's report.

Zuma is alleged to have allowed a wealthy Indian business family control over the government. The Gupta family reportedly chose some cabinet ministers under Zuma's leadership.

The 355-page-report titled "State of Capture" with an illustrated front page showed evidence that David van Rooyen had visited the Johannesburg neighbourhood where the Guptas lived a day before he was appointed finance minister.

He was sacked four days later after an economic crisis and political outrage.

The Public Protector said it "brings to the notice of the National Prosecuting Authority... those matters identified in this report where it appears crimes have been committed", AFP reported.

Zuma was accused to have appointed ministers unlawfully and that he has broken the executive Members' Ethics Act with his inappropriate relationship with the Gupta family.

Thousands took part in demonstrations in the administrative capital Pretoria to demand Zuma's resignation. Police fired water cannon to disperse the protesters who marched on Zuma's office in the city.

Activists, trade unions and business leaders and some factions of the ruling African National Congress have all called for Zuma to resign before his term ends.

"I spent the whole night here," Dominic Khulube, 30, an unemployed man from Tembisa, a township outside Johannesburg, told AFP after a vigil by the leftist EFF in Pretoria.

"Zuma must step down and the Guptas must leave the country."

Mcebisi Ndletyana, a politics professor at Johannesburg University said that calls for Zuma's resignation and disagreements within the ANC are likely to increase after the damning report.

"The report contains a lot of explosive, damaging information about the president," Ndletyana told AFP.

Zuma is also fighting a court order that could reinstate almost 800 corruption charges against him over a multi-billion dollar arms deal in the 1990s, AFP said.