South Africa: Over 80 men accused of raping 8 women appear in court amid protests 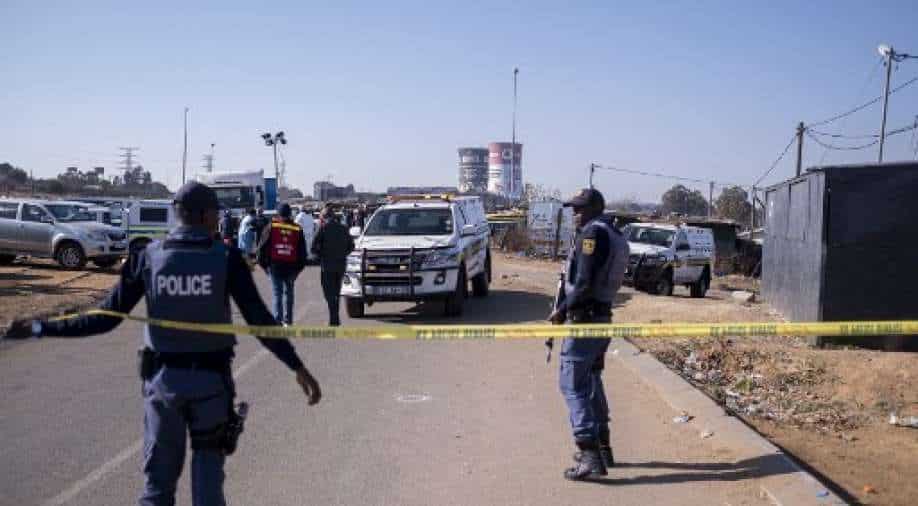 Locals blame zama-zamas for the increasing crime in Krugersdorp, while women’s organisations say that such crimes have been plaguing the area for some time now.

Over 80 men who allegedly gangraped eight women and robbed a video production crew in Krugersdorp, South Africa, appeared in court on Monday. A group of protesters gathered outside the Krugersdorp magistrates court to register their anger again the heinous act. All the accused were arrested from an abandoned mining site.

“What happened in Krugersdorp is a shame for the nation,” Police Minister Bheki Cele told a press briefing on Monday.

The incident happened last Thursday when a production crew was readying the set at an abandoned mining site for a music video shoot.

“The crew of 22 people–12 women and 10 men–was busy filming a music video when they were allegedly attacked by a group of armed men clad in blankets,” the police commissioner for Gauteng province, Lt Gen Elias Mawela, said in a statement.

They ordered everyone to lie down, then raped 8 women and later fled with the crew’s video equipment and the victims’ possessions.

Those arrested are allegedly illegal miners and known as zama-zamas. They go around closed mine shafts digging for gold in Johannesburg.

Locals blame them for the increasing crime in the area, while women’s organisations say that such crimes have been plaguing Krugersdorp for some time now.

While no one has been charged over the assault yet, the men appeared in court on charges of illegal entry into the country and possession of stolen goods.

Police Minister Bheki Cele said that laboratory studies of DNA samples from the raped women will be used to identify the accused.