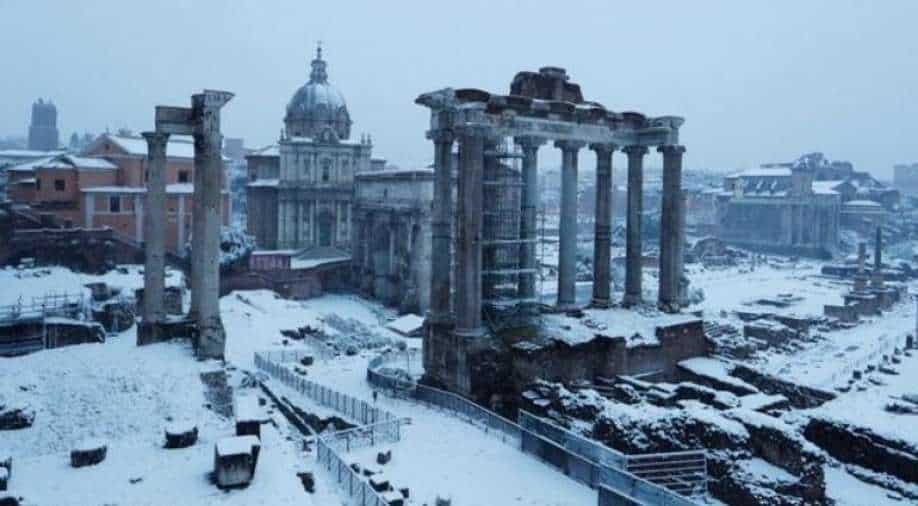 Roman forum where the marble was believed to be found.   Photograph:( Reuters )

When the marble was returned, a message reading 'To Sam, love Jess, Rome 2017' was also inscribed on it with a black marker pen

An American woman who visited the beautiful city, Rome, decided to return an ancient Roman marble that she stole in 2017 with a personal apology note.

The woman, identified as Jess, returned an ancient marble to the National Roman Museum and apologised "for being such an American a*****e" for taking something that was not "rightfully mine".

When the marble was returned, a message reading 'To Sam, love Jess, Rome 2017' was also inscribed on it with a black marker pen. She also claimed that she tried removing the message, but was unsuccessful in every possible way.

"I feel terrible for not only stealing this item from its rightful place but placing writing on it," her apology note read. "It was a big mistake on my part and only now, as an adult, do I realise just how thoughtless and despicable it was."

The package was sent to the museum from Atlanta, the US and the museum has decided not to press charges against the woman. "From its tone, we imagine it was a young woman…In 2017 she must have come to Rome, and took this fragment of marble in order to gift it to her boyfriend," said National Roman Museum director Stéphane Verger.

He also added that the officials found the apology letter was heartfelt and left an impact on him "precisely because she is young – she understood that she had made a mistake."

"It is a spontaneous gesture, but the fruit of conscious reflection," he added.

This letter has come a few months after a Canadian woman, Nicole, sent back two mosaic tiles, a piece of ceramic, and parts of an amphora in the package claiming the artefacts were "cursed" — after stealing them in 2015 from Pompeii.

Referring to the same incident, Verger said, "Maybe she did hear about the Canadian woman. The year 2020, decimated by the COVID pandemic, has made people reflect, as well as moved the conscience. The fact is that three years after the theft, she returned it – it’s a very important symbolic gesture."