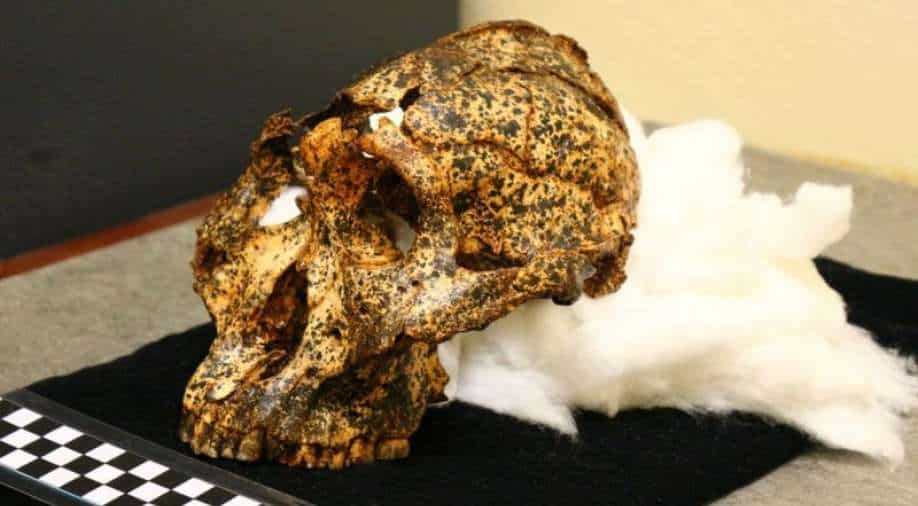 The almost complete male skull is the earliest known and best-preserved example of the small-brained hominin called Paranthropus robustus.

A two million-year-old skull from a large-toothed distant human cousin has been unearthed at an Australian-led archaeological dig deep in a South African cave system.

The almost complete male skull is the earliest known and best-preserved example of the small-brained hominin called Paranthropus robustus. The researchers, from Melbourne's La Trobe University, found the skull's fragments in 2018 at the Drimolen archaeological site north of Johannesburg. It was uncovered just metres away from a spot where a similarly aged Homo erectus skull of a child was discovered in 2015.

Researchers say the discovery may also lead to a new understanding of human microevolution.

Paranthropus robustus walked the earth at roughly the same time as our direct ancestor Homo erectus, but died out earlier.

Researchers have hence referred to hominins as a small-brained member of the human family tree. But are "two vastly different species".

Also, this rare male fossil is closer in size to female specimens previously found at the site, providing the first high-resolution evidence for microevolution within early hominin species.

The scientists said it was possible that a wetter environment caused by climate change may have reduced the food available to them. Hence, they died. Homo erectus, with their smaller teeth, was more likely to have eaten both plants and meat.