Some Southeast Asian tourism spots reopen, but arrivals are down 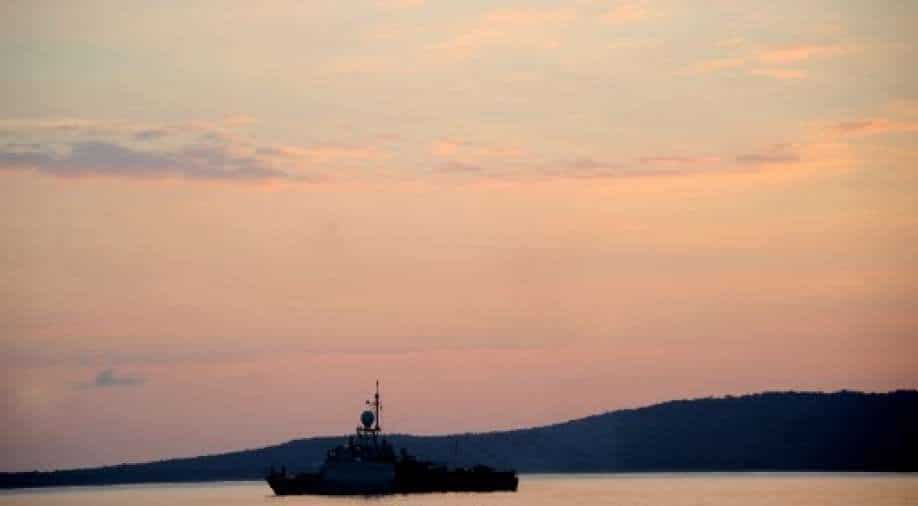 Some Southeast Asian tourism spots reopen, but arrivals are down Photograph:( AFP )

Bali, where tourism accounted for more than half of the pre-pandemic economy, had more than 6 million international arrivals in 2019. But so far this year, the figure is just 45, said Dayu Indah, the head of the marketing division at the island’s official tourism office. All of those travelers arrived by sea at Benoa Port, down the road from the international airport

Indonesia reopened the island of Bali to fully vaccinated tourists from 19 countries in October. But only two foreign nationals arrived that month — both by sea — and its airport is not yet receiving international flights.

Bali, one of the world’s most popular destinations, is among several tourism hot spots in Southeast Asia that have reopened — technically, at least — to international visitors in recent weeks. For local hotels, tour operators and other businesses whose income was obliterated during the early part of the pandemic, the news originally brought a smidgen of hope that 2021 might end on a positive note.

But traveling to these destinations from other countries is such an undertaking — amid rules, fees, a lack of flights and lingering uncertainty around new outbreaks — that very few people have bothered.

“For all but the most determined, it’s a pretty convoluted process to plan a short holiday,” Stuart McDonald, a co-founder of Travelfish.org, a guide to Southeast Asia, said of international travelers who want to vacation in the region.

“There will be determined people who figure it out,” added McDonald, who lives in Bali. “But for anything at scale, we’ve got a while to wait yet.”

Bali, where tourism accounted for more than half of the pre-pandemic economy, had more than 6 million international arrivals in 2019. But so far this year, the figure is just 45, said Dayu Indah, the head of the marketing division at the island’s official tourism office. All of those travelers arrived by sea at Benoa Port, down the road from the international airport.

“Where they come from I don’t know,” Indah said. “Whether they are tourists or expats, I have no details.”

Recent arrival numbers at other Southeast Asian tourist hot spots are not quite as extreme, but they are still miserable by pre-pandemic standards.

In Malaysia, only a few hundred foreign tourists have visited the resort island of Langkawi since the government partially opened it to visitors this fall — far fewer than the thousands that a local development authority had anticipated.

In Thailand, more than 100,000 foreign visitors arrived in November as part of a quarantine-free entry program for fully vaccinated tourists from dozens of countries. But the country’s total arrival figure for the year — less than 270,000 — is still a tiny fraction of the 40 million who came in 2019.

In Vietnam, foreign tourists began trickling in by the dozens under pilot programs in November, but such numbers are nowhere near the 1.8 million international arrivals that the country recorded in November 2019, according to official data. The programs were started before the omicron variant was discovered and the country’s case numbers hit a new high.

Part of the problem for Southeast Asia’s tourism industry is that China, a major source of visitors, has imposed so many restrictions on its citizens who travel overseas — including a 14-day quarantine when they return — that very few of them are leaving.

Another problem is a lack of direct flights. Cambodia, for example, reopened to international travelers last month and has waived quarantine for those who are fully vaccinated and submit to testing. But most travelers from outside Asia who want to visit the country would need to transit through aviation hubs elsewhere in the region, such as Malaysia, McDonald said. That means additional COVID screenings.

“It’s just too complicated,” he said. “You get stuck in quarantine and you test positive. Who wants to have a holiday like that?”

As for Bali, the reasons not to visit include not only a lack of direct international flights, but also Indonesia’s 10-day quarantine for fully vaccinated people and the paperwork required to secure a business visa. (Tourist visas have been suspended.)

Indah said that Bali’s focus for now was on domestic tourists, and that 12,000 of them arrived by air last weekend.

The island has prepared as much as possible for a resumption of international tourism, she added. More than 90% of residents have been fully vaccinated, and more than 2,000 facilities have passed a COVID-specific health and safety inspection.

“But if we talk about opening borders, opening the country, the authority is with the central government, and that’s not easy, I’m sorry to say,” she said. “There are many considerations to consider.”