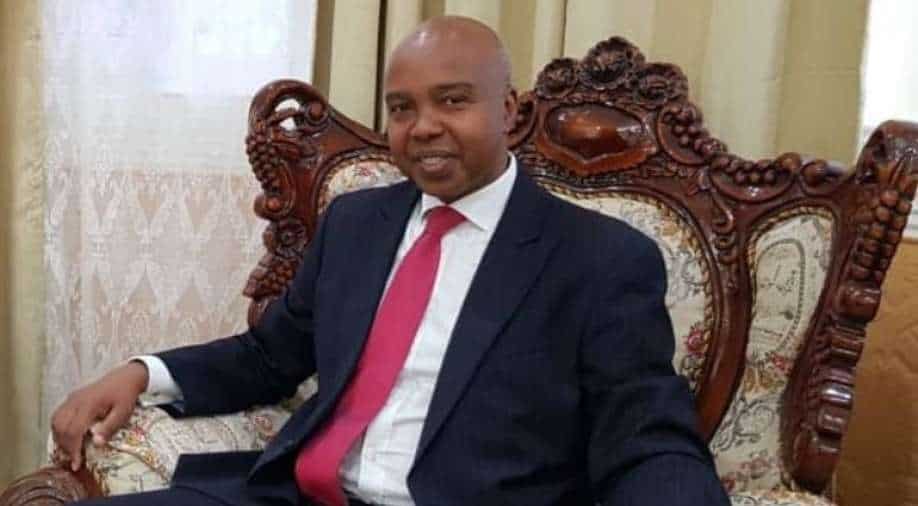 On May 6, Somalia said it had restored diplomatic ties with Kenya, which looked forward to 'further normalisation'

Somalia's foreign minister has invited Kenya to reopen its embassy in Mogadishu in a push to resume full diplomatic ties, in a note seen by AFP on Sunday.

Kenya's mission has been shut since December when Somalia broke off relations after Nairobi hosted the leadership of Somaliland, a breakaway state not recognised by the central government in Mogadishu.

The Kenyan ambassador was expelled and Mogadishu recalled its envoy from Nairobi.

On May 6, Somalia said it had restored diplomatic ties with Kenya, which looked forward to "further normalisation".

Somalia's Foreign Minister Abdirizak Mohamed wrote in a note dated Saturday: "In the spirit of good neighbourliness, the Federal Republic of Somalia calls on the Republic of Kenya to reopen its diplomatic mission in Somalia, and the Federal Government of Somalia will reciprocally reopen its embassy in Kenya.

"The resumption of full diplomatic relations will be a positive start to the commencement of bilateral discussions between the two countries," the minister said in the note addressed to Kenya's foreign minister.

The foreign ministry in Nairobi did not respond to AFP requests for comment on Sunday.

Somalia has long bristled over what it calls Kenya's meddling in regions over its border, while Nairobi has accused Mogadishu of using it as a scapegoat for its own political problems.

The neighbours have also engaged in a long-running territorial dispute over a stretch of the Indian Ocean claimed by both nations which are believed to hold valuable deposits of oil and gas, and have sought international arbitration over the matter.

The row over which nation controls access to the lucrative deposits escalated in early 2019 after Somalia decided to auction off oil and gas blocks in a disputed maritime area, prompting Kenya to recall its ambassador.