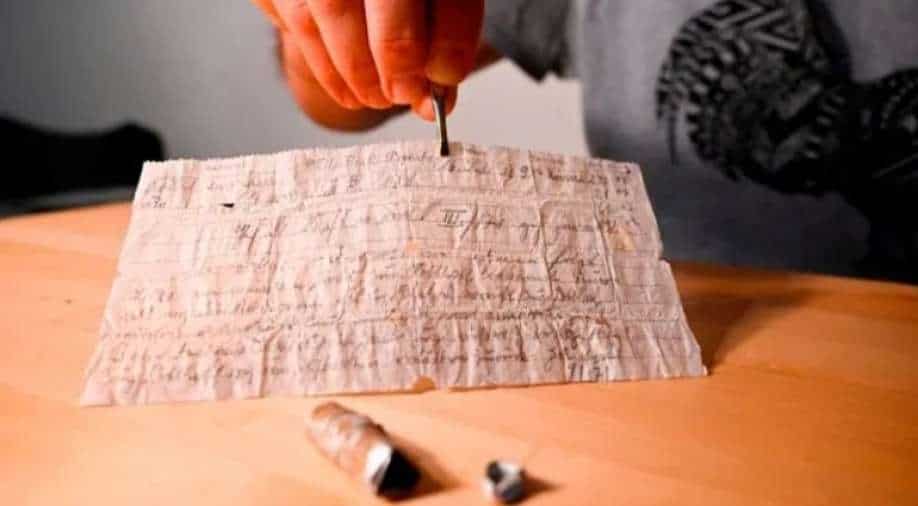 During that period, Ingersheim, now in France's Grand Est department, was a German region

A Prussian soldier's message sent via a pigeon about 100 years old was found by a couple who walked on the streets of eastern France.

The message that appears from 1910 or possibly 1916 is written in German by an infantry soldier based at Ingersheim and has addressed this to his senior officer, said Dominique Jardy, curator of the Linge Museum at Orbey in eastern France, as reported by news agency AFP.

During that period, Ingersheim, now in France's Grand Est department, was a German region.

Jardy said that the couple found the tiny capsule with its well-preserved contents in September in Ingersheim.

Describing it as a "super rave" discovery, the curator added that the duo decided to bring it to the closest museum, the one at Orbey dedicated to one of the deadliest battles fought during the first World War from 1914 to 1918.

He said that a German friend helped him to decode the contents of the message.

The tiny piece of paper and capsule will now be a permanent part of the museum's display.