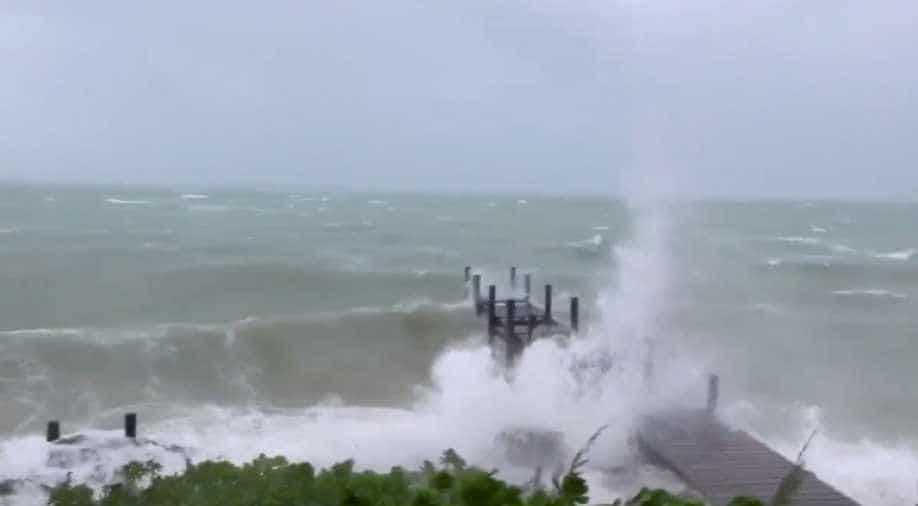 The Bahamas Press reported on Twitter that a boy had drowned in the northern Bahamas, the first recorded fatality of Dorian.

Hurricane Dorian battered the Bahamas on Monday, peeling off roofs and snapping power lines as rising floodwaters threatened to engulf houses, and forecasters said the storm would creep closer to the US coast, where more than a million people were ordered evacuated.

The Bahamas Press reported on Twitter that a boy had drowned in the northern Bahamas, the first recorded fatality of Dorian.

The storm, one of the most powerful Atlantic hurricanes on record, was stalled over Grand Bahama Island, packing maximum sustained winds of 155 miles per hour (249 kph) and moving at 1 mph (2 kph), the Miami-based National Hurricane Center (NHC) said in an advisory at 11 a.m. EDT (1600 GMT). Dorian was expected to pound Grand Bahama for much of the day.

Strong winds and high surf were already being reported along Florida's east coast as the hurricane was about 110 miles (177 km) from West Palm Beach, the center said, adding that Dorian would come dangerously close to the state Monday night through Wednesday evening.

Parts of Duval County, home to Jacksonville, one of Florida's two biggest cities, were under a mandatory evacuation. Palm Beach County, the state's third most-populated county and home to President Donald Trump's Mar-a-Lago resort, was among those with partial mandatory evacuations.

Florida Governor Ron DeSantis urged coastal residents to heed evacuation orders. "Get out now while there's time and while you have fuel available," he said in a news conference from the state's emergency operations center in Tallahassee.

In central Florida, Mary McNiff, 92, was waiting in a wheelchair to board a bus that would evacuate her from her retirement community in Kissimmeee. "Right now I'm feeling pretty good. Kind of anxious to get it over with," she said.

There were no immediate estimates of casualties as Dorian covered the northwestern islands of Great Abaco and Grand Bahama with twisted metal and splintered wood.

Dorian was downgraded to a Category 4 storm on the five-step Saffir-Simpson Wind Scale late Monday morning. But the NHC said it would remain a powerful hurricane for the next couple of days.

The storm will raise water levels by as much as 18 to 23 feet (5.5 to 7 meters) above normal in areas of Grand Bahama and be accompanied by large and destructive waves, the NHC said. It warned of the risk of "extreme destruction on the island."

Residents posted images online of water rising up the side of their houses. Grand Bahama International Airport in Freeport was under five feet of water, according to the Bahamas Press.

Julia Eaddy, 70, in Titusville, east of Orlando, said she and her husband had ridden out several hurricanes before and were not fazed by the forecast. "I think it will be more of the same," she said.

Several gasoline stations around Titusville were closed. Many grocery stores were open but boarded up. Inside, shelves emptied out fast.

Although Dorian is expected to weaken gradually, forecasters said it likely would remain a powerful hurricane for the next couple of days.