Slingshots and dynamite as Bolivians clash over election 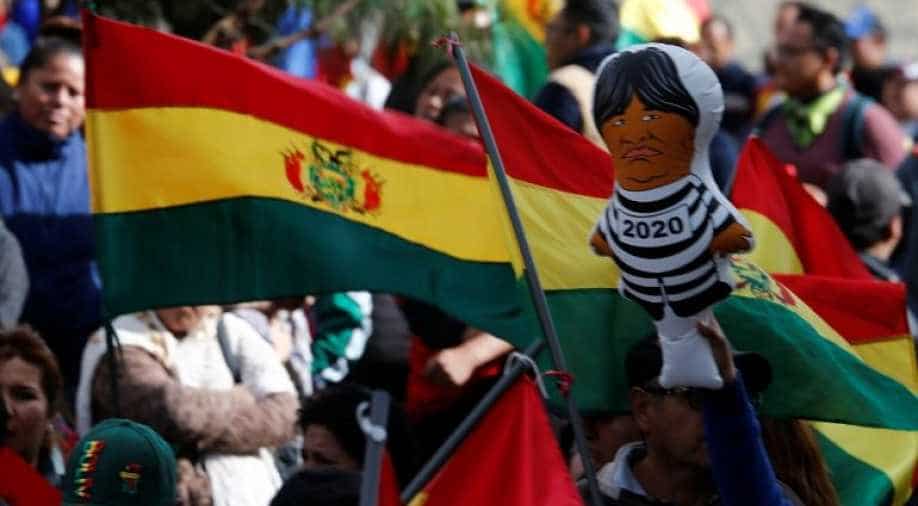 Luis Fernando Camacho, a civic leader from the eastern city of Santa Cruz who has become an icon of the opposition, appeared at rallies in the city earlier in the day calling for Morales to step down.

Street clashes broke out on Thursday among supporters and opponents of Bolivia's government armed with slingshots and dynamite as an opposition leader planned a march to pressure President Evo Morales to resign after disputed elections last month.

Luis Fernando Camacho, a civic leader from the eastern city of Santa Cruz who has become an icon of the opposition, appeared at rallies in the city earlier in the day calling for Morales to step down.

He plans to deliver a pre-written resignation letter for the leftist leader to sign, a symbolic move that has sparked an angry response from pro-government supporters and hardened the resolve of a split opposition.

"We will deliver this letter in unity. This letter is not from Santa Cruz; it is from all Bolivia and it will be approved by all Bolivians, because we all want to build a country with democracy and freedom," Camacho said at a rally.

It was not clear when Camacho would deliver the letter, though the government played down its significance on Thursday, saying it would be received as any other petition.

The government also slammed "shameful" violence that led to scores being injured and one killed on Wednesday, blaming the clashes on the opposition as anger rose on both sides. A total of three people have died in the weeks-long protests.

Tens of thousands of people took to the streets of La Paz on Thursday night as clashes broke out.

Images and television footage from Wednesday showed groups clashing around the country, with particular violence in the cities of Cochabamba and La Paz. A young man was confirmed killed, while images of a local mayor having her hair forcibly cut and being covered in red paint by anti-government supporters circulated widely.

Morales, whose October election win was marred by allegations of fraud after an abrupt halt in the vote count and an unusual swing in the leftist leader's favor, again blamed the opposition for unrest as he addressed supporters in the rural area of Cochabamba.

In a press conference on Thursday, Vice President Alvaro Garcia Linera called on opposition leaders Carlos Mesa and Camacho to help stop the violence and heed an ongoing audit of the vote by the Organization of American States (OAS).

Government critics, however, pointed the finger at supporters of Morales.

Mesa, the runner-up in the October 20 vote, who has been calling for Morales to step down, said on Twitter that a young man who died on Wednesday had been "murdered" by Morales supporters and blamed the government for stoking the violence.