‘Situation is out of control’: Ottawa declares emergency over Truckers' protest 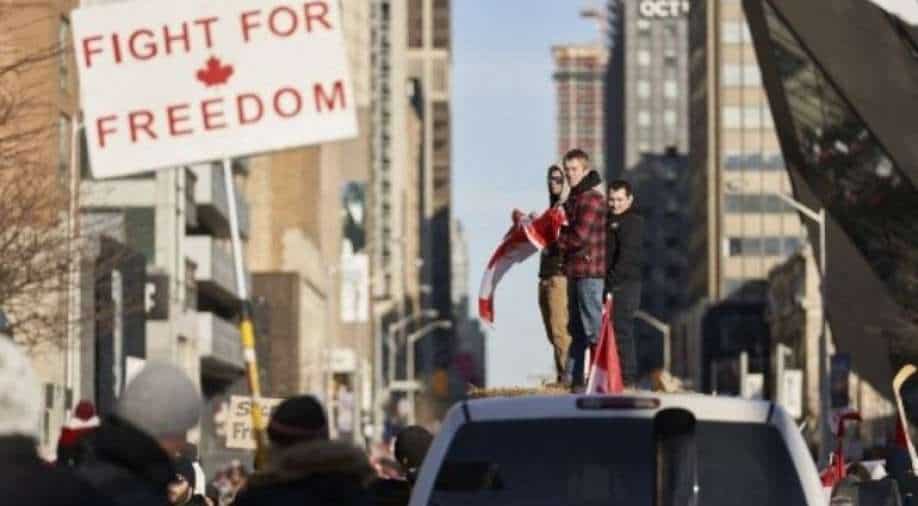 Demonstrators gather for a protest against mandates related to COVID-19 vaccines and restrictions in downtown Toronto, Ontario, Canada, on February 5, 2022. Photograph:( AFP )

The protesters, who first reached the capital on January 29, have parked their big rigs on city streets and put up tents and temporary shacks -- paralyzing the capital to the consternation of officials and the mounting frustration of many residents.

In reaction to more than a week of trucker protests against COVID restrictions, the mayor of Canada's capital, Ottawa, has declared a state of emergency.

The city was "totally out of control," according to Mayor Jim Watson, with demonstrators outnumbering police.

The protests, he said, posed a threat to residents' safety and security.

The "Freedom Convoy" originated as a protest against the government's requirement that truckers be Covid-vaccinated.

The Mayor highlighted the need for support from other jurisdictions and levels of government.

The protesters, who first reached the capital on January 29, have parked their big rigs on city streets and put up tents and temporary shacks -- paralyzing the capital to the consternation of officials and the mounting frustration of many residents.

Watson called the truckers "insensitive," as they have continued "blaring horns and sirens and fireworks, and turning it into a party." A counter protester holds a sign as truckers and supporters protest against mandates and restrictions related to Covid-19 vaccines in Ottawa, Ontario, Canada, on February 5, 2022. (AFP Photo)

The demonstrations began as protests by truckers angry with vaccine requirements when crossing the US-Canadian border, but have morphed into broader protests against COVID-19 health restrictions and the government of Prime Minister Justin Trudeau.

Locals have complained of the ceaseless sound of air horns and of being harassed, insulted, or blocked by the protesters.

The truckers and their supporters have dug in, however, saying the protests will continue until the COVID-related restrictions are lifted.

Police on Sunday announced new measures to stop people from helping the protesters keep up their sit-in.

"Anyone attempting to bring material support (gas, etc.) to the demonstrators could be subject to arrest," the force tweeted.