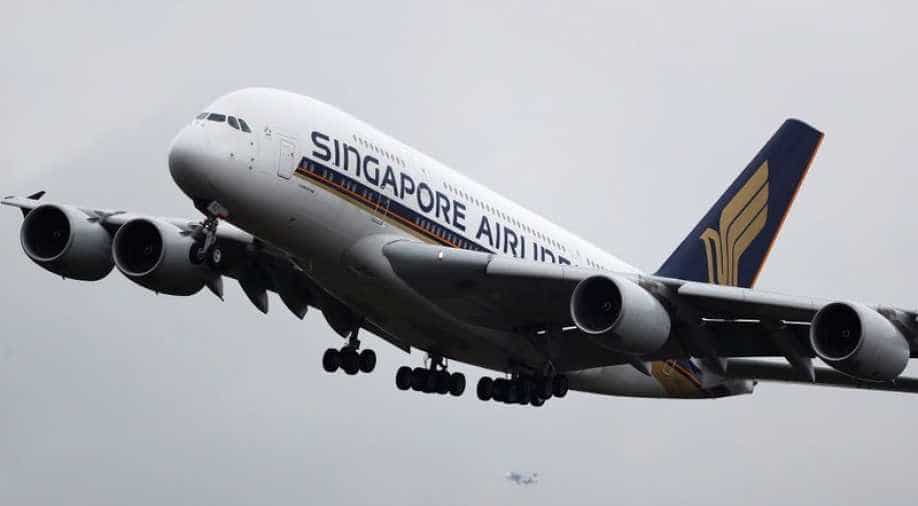 Singapore Airlines has scrapped plans for such flights, aimed at boosting its coronavirus-hit finances, after an outcry over the environmental impact.

With the aviation industry in deep crisis, several carriers -- including in Australia, Japan and Taiwan -- have been offering "flights to nowhere" -- short flights that start and end at the same airport to raise cash. They are designed for travel-starved people keen to fly at a time of virus-related restrictions, and have proved surprisingly popular.

Singapore too had adopted this.

But now Singapore Airlines has scrapped plans for such flights, aimed at boosting its coronavirus-hit finances, after an outcry over the environmental impact.

The carrier has instead come up with alternative ideas to raise revenue, including offering customers tours of aircraft and offering them the chance to dine inside an Airbus A380, the world's biggest commercial airliner.

The airline said earlier this month it was cutting about 4,300 jobs, or 20 percent of its workforce, the latest carrier to make massive layoffs.

The International Air Transport Association estimates that airlines operating in the Asia-Pacific region stand to lose a combined $27.8 billion this year.

The group also forecasts that global air traffic is unlikely to return to pre-coronavirus levels until at least 2024.