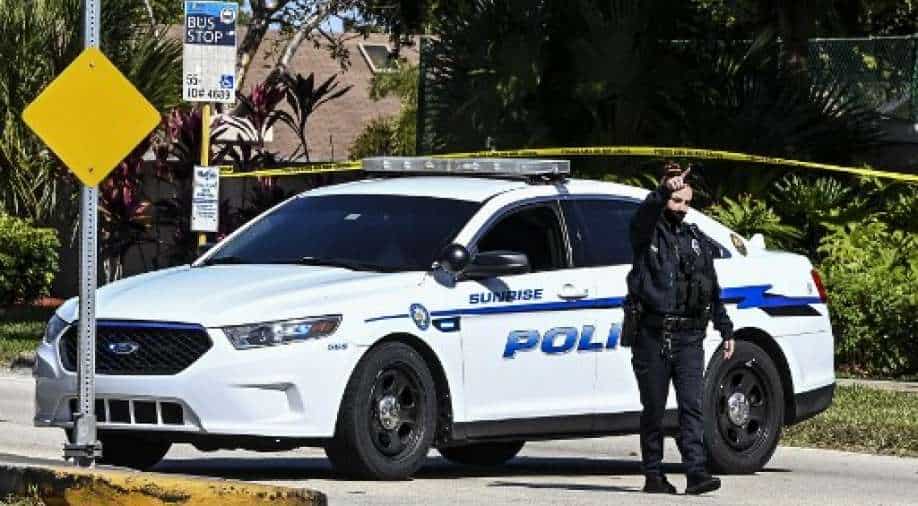 Sunrise Police block the street where two FBI agentry were killed and three others were injured Photograph:( AFP )

The two FBI officers wounded in the incident were taken to hospital with reports indicating that they are in a stable condition.

Two FBI agents were killed in a shooting incident in Sunrise, Florida and three others were wounded while serving a search warrant on a suspect in a child pornography case.

The FBI said the two suspects were also dead.

The two FBI officers wounded in the incident were taken to hospital with reports indicating that they are in a stable condition. The suspect reportedly shot himself at home after being under siege for several hours.

The FBI agents were reportedly trying to seize the suspect's computer and related evidence in the child pornography case.

President Joe Biden expressed condolences at the death of the two FBI agents, saying: “I can only imagine how these families are feeling today, one of the things when you’re in a combat zone of the military or you’re an FBI agent or a police officer, every family dreads the possibility of a call, receiving that phone call.”

“My heart aches for the families,” the US president added.

The two FBI agents Daniel Alfin and Laura Schwartzenberger were fatally shot as they lay siege to the suspect's house.