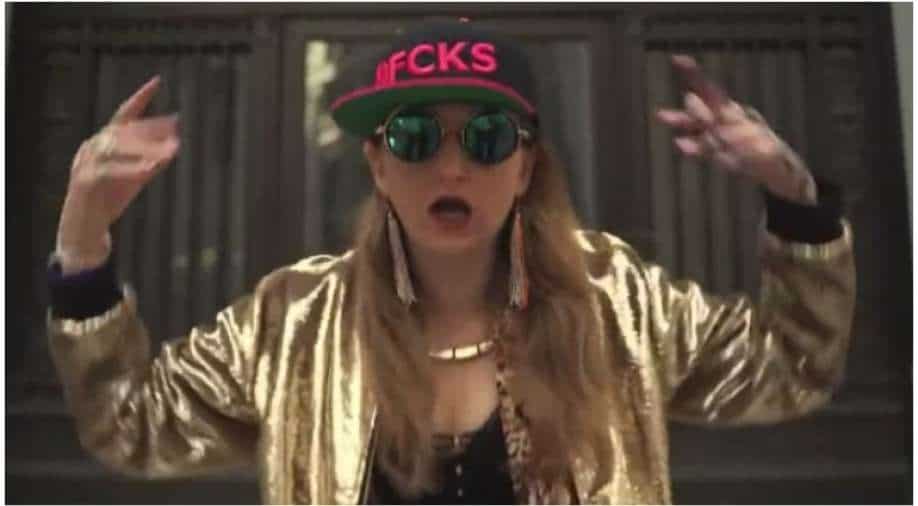 Heather Morgan, the self declared rapper video had released a video that became an internet sensation for its sheer awfulness Photograph:( Twitter )

Heather Morgan, the self-declared rapper and her husband have been arrested under allegations of stealing 119,754 bitcoin -- presently valued at $4.5 billion

A self-declared rapper who describes her style as 'sexy horrer comedy' is in trouble over allegations of laundering bitcoin worth billions of dollars. Both Heather Morgan (the 'rapper') and her husband Ilya "Dutch" Lichtenstein were arrested in Manhattan on Tuesday.

The headline announced by the Justice Department was the couple's alleged involvement in laundering bitcoin stolen in a 2016 hack of the virtual currency exchange Bitfinex.

But public attention was swiftly diverted when it emerged that Morgan had another life as an aspiring rap star, and had put out a video that became an internet sensation for its sheer awfulness.

Dubbed "Bitcoin Bonnie and Crypto Clyde" by financial newsletter Morning Brew, Lichtenstein, 34, and Morgan, 31, are being held without bail until a hearing on Friday.

Morgan's cringeworthy rap videos in particular were burning up the internet before being taken offline.
On her website, Morgan calls herself "Razzlekhan" or the "Versace Bedouin" -- "the raunchy rapper with more pizzazz that Genghis Khan."

"I'm a real risk taker/pirate riding the flood/I'm a badass money maker," she raps in one video in which she refers to herself as the "Crocodile of Wall Street."

"Her art often resembles something in between an acid trip and a delightful nightmare," Morgan wrote about herself on her website, Razzlekhan.com. "Definitely not for the faint of heart or easily offended.

"Razz likes to push the limits of what people are comfortable with," she said. "Her style has often been described as 'sexy horror comedy.'"

When not making rap videos or posting pictures of her artwork or Bengal cat on Facebook, Morgan was a contributor to the financial publications Forbes and Inc.

A June 2020 article she wrote for Forbes was ironically titled: "Experts Share Tips To Protect Your Business From Cybercriminals."

Lichtenstein and Morgan allegedly sought to launder the proceeds of 119,754 bitcoin -- presently valued at $4.5 billion -- stolen in the 2016 hack of Bitfinex.