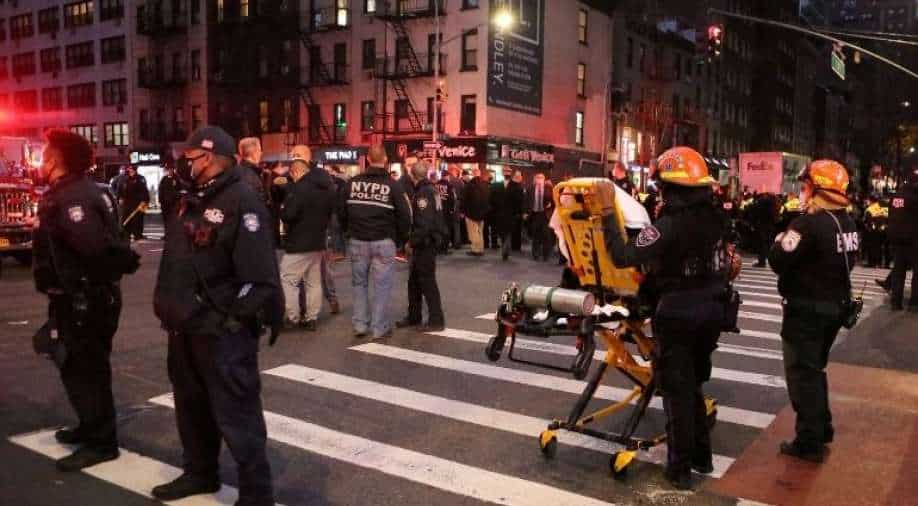 Police and EMS stand in the street at the location of a vehicle that struck multiple pedestrians at a protest on Third Avenue in the Manhattan borough of New York City, New York, U.S., December 11, 2020 Photograph:( Reuters )

A group of 50 or so people was protesting in Manhattan, and were hit by a car - as reported by New York City police and local media

Several people were injured in New York City on Friday after a car plowed into protesters. A group of 50 or so people was protesting in Manhattan, and were hit by a car - as reported by New York City police and local media.

According to the New York City Police Department, the woman driving the BMW was thereafter detained by the police. The incident occurred at 4 PM local time at 39th Street and Third Avenue in the locality of Murray Hill.

No serious injuries were reported, with the motorist in quick possession of the police, according to details divulged by local police.

According to local media reports, the car had struck six people, but it remained unclear how many were admitted into a hospital.

Many bystanders in the are described the chaos at the spot whereby the car rammed into a group of protesters, making many people and bicycles tumble.

Also read: John Boyega feels his powerful speech at Black Lives Matter rally in June may have damaging effects on his career

According to the police, the protests were being sponsored by Black Lives Matter - the racial justice group.

Reuters reported that the protest was a larger way of showing solidarity with since undocumented immigrants who are staging a hunger strike in New Jersey, in the custody of US Immigration and Customs Enforcement Agency.