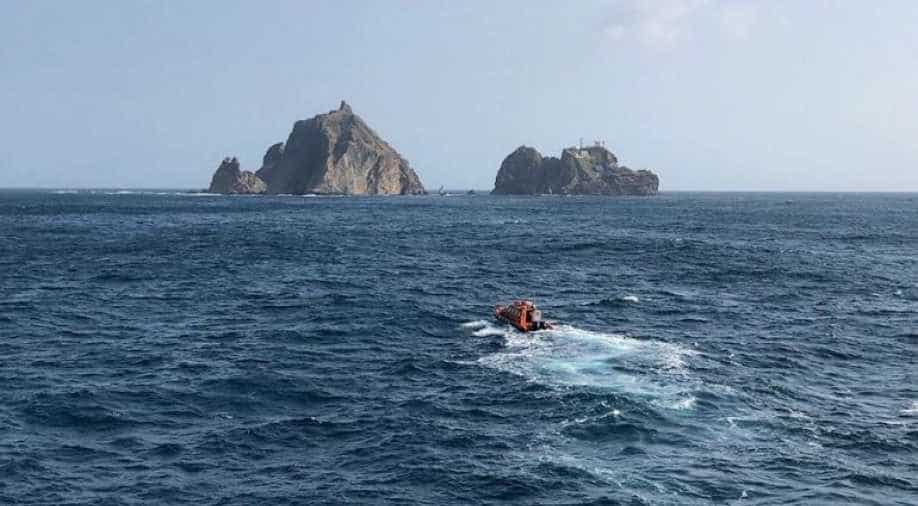 Rescue members search for missing people after a helicopter crashed into the sea near the Dokdo islets, known as Takeshima in Japan. Photograph:( AFP )

The aircraft had just picked an injured fisherman up from Dokdo, which is known as Takeshima in Japan when it went down on Thursday night.

Seven South Koreans were missing Friday after their helicopter took off from islets disputed with Japan and crashed into the sea moments later, Seoul officials said.

The aircraft had just picked an injured fisherman up from Dokdo, which is known as Takeshima in Japan when it went down on Thursday night.

The crashed chopper is a Eurocopter EC225, made by the European aerospace corporation Airbus.

The seven people on board were five rescuers, the fisherman and a civilian.

"The patient was on a fishing boat when he lost one of his fingers through an accident, and the crew took him to Dokdo and waited for the rescue helicopter there," the official said.

"The patient needed an immediate medical operation that could have only been done at facilities on the mainland."

Seoul has controlled the islets of Dokdo in the Sea of Japan, or East Sea, since 1945, when Tokyo's brutal colonial rule on the peninsula ended, while Tokyo still claims sovereignty over them.