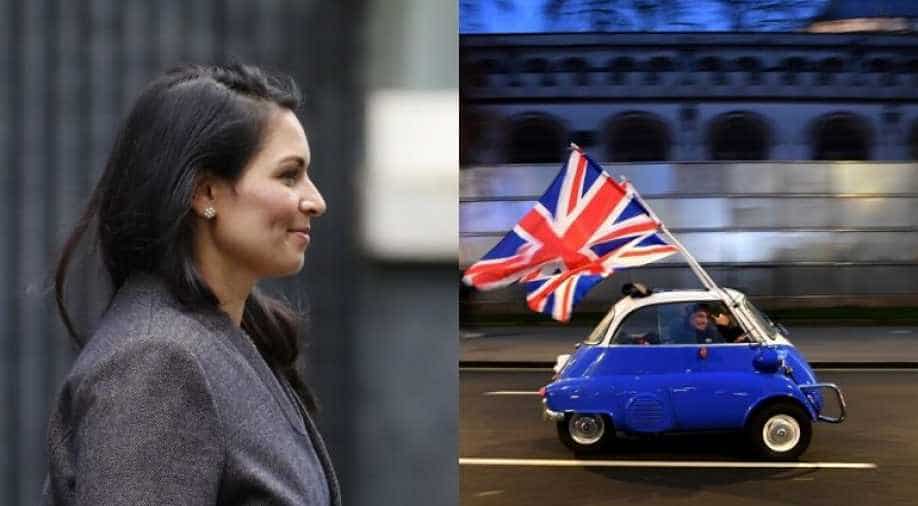 If someone possesses a skill which is facing labour shortages in the country, they would be fast-tracked into migration

As part of the British government's post-Brexit reformation, low-skilled workers in the country will no longer be able to obtain visas.

The most interesting tenet, perhaps, of this provision is the curator. The idea was envisioned by Priti Patel, an Indian-origin British politician. She is a second-generation immigrant. Born in London, her parents emigrated to the UK from Tarapur in Gujarat.

The constitutional element of the new provision requests British employers to limit their dependence on cheap labour coming from Europe.

The key objectives of the move includes the retention of existing staff and to evolve and sustain automation technology that eliminates the need for physical dependence.

According to the Home Office of the UK, European Union and non-European Union citizens coming to the UK after December 31 would be treated in the same fashion. This basically implies that all EU privileges in terms of travel and citizenship will be effectively revoked.

The UK's Labour Party hit out at the move and claimed that it would lead to a ''hostile environment'' in the country, in terms of attracting labour.

However, the Indian-origin Home Secretary Priti Patel claims that skilled and talented people will be able to come to the UK nevertheless. 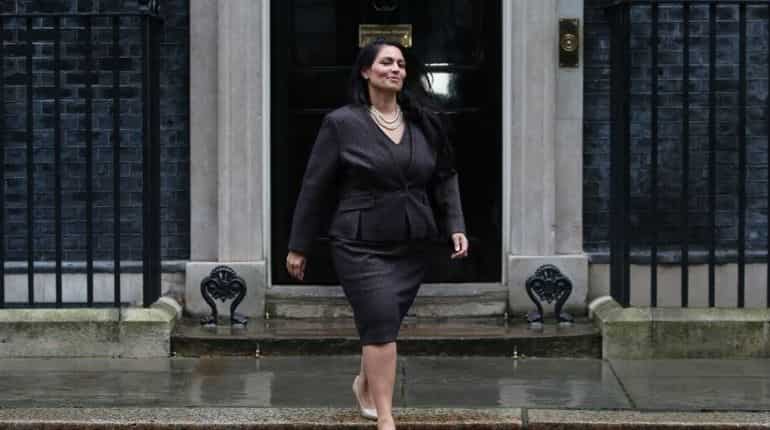 "The brightest and the best will be able to come to the United Kingdom", Patel said.

Patel has been a staunch critic of Theresa May and is the first Home Secretary of Indian origin in the British cabinet.

"It is important that the Cabinet should represent modern Britain as well as a modern Conservative Party", she had announced during the elections.

Priti Patel had also additionally steered the ''Vote Leave'' campaign which triggered a series of uncertain events for British polity until the recent elections. She became a member of the Conservative Party when she 15.

There are currently two other Indian-origin ministers in the UK cabinet: Rishi Sunak: Finance Minister, and Alok Sharma:  Business Secretary.

This constitutes a part of the UK's bigger plan to reduce migration into the UK. To systematically tackle this, the government has curated a ''points-based'' immigration system, living up to the promise which was made in their election manifesto.

Here on, not only would potential immigrants and/or citizens need to speak impeccable English, but would need an ''approved sponsor'', someone who's already a British citizen and intends to hire the person intending to visit. On fulfilling this criterion, the person would be awarded 50 points.

However, it gets tricky for a potential worker would need at least 70 points to legally work in the country.

There are numerous number of points, ranging from educational qualifications to the salary on offer, and the nature of the profession.

If someone possesses a skill which is facing labour shortages in the country, they would be fast-tracked into migration.

According to the government's statements, businesses need to ''adapt and adjust''. In essence, the UK will no longer entertain the entry of "unskilled foreign labour" into their country, especially from Europe.

"It is important employers move away from a reliance on the UK's immigration system as an alternative to investment in staff retention, productivity and wider investment in technology and automation," the government statement said.

Instead of inducting more people in the British workforce, the government suggests employing the skills of 3.2 million European Union citizens who have applied for an extension on their stay.

To soften the blow, the government has also introduced sub-provisions, such as ''youth mobility arrangements'', that opens a window of 20,000 entries in the UK every year, but only for young people.

This clampdown on immigrants is no longer new, as countries have spent years imitating the divisive rhetoric of Trump that is based on border protectionism with traces of nationalist fervour.

Patel has been staunchly criticised for her rhetoric during the Brexit uncertainty period, whereby she defended the alcohol and tobacco industries, and also threatened Ireland with food shortages.