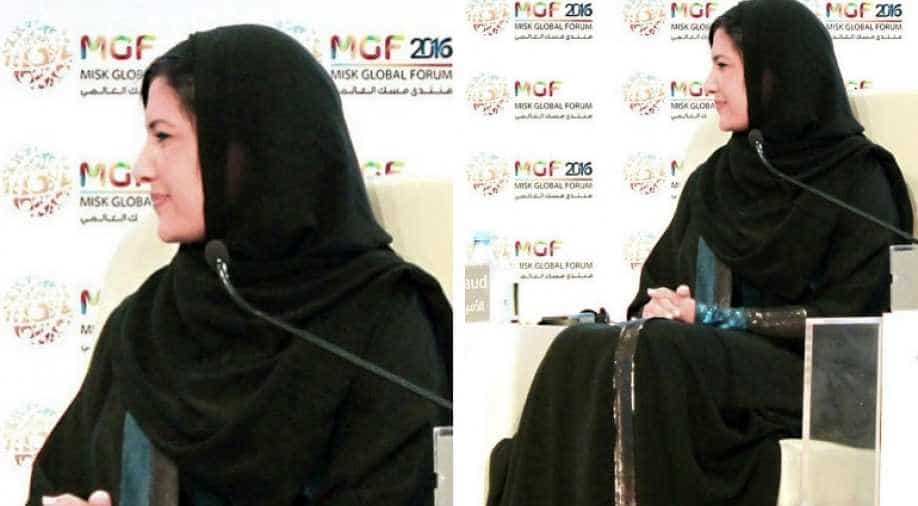 Saudi Arabia on Saturday named a princess as its first woman ambassador to the United States, a key appointment as the fallout over journalist Jamal Khashoggi's murder tests relations between the allies.

The reshuffle comes as Saudi Arabia seeks to quell an international outcry over Khashoggi's murder last October in the Saudi consulate in Istanbul, which strained relations with its key ally Washington.

After initially denying they knew anything of Khashoggi's disappearance, the kingdom finally acknowledged that Saudi agents killed him inside the consulate, but described it as a rogue operation.

Princess Rima faces hostile US lawmakers who have threatened tough action against Saudi Arabia over the brutal killing amid claims that Crown Prince Mohammed bin Salman -- the kingdom's de-facto ruler -- was personally responsible.

The Saudi government has denied he had anything to do with the murder of Khashoggi, a royal insider-turned-critic who was a columnist with the Washington Post.

"The appointment of a new envoy signifies an attempt by Riyadh to try and re-set relations with Washington and draw a line under the Khashoggi affair, however unlikely that may be in practice, at least with Congress," Kristian Ulrichsen, a fellow at Rice University's Baker Institute in the United States, told AFP.

Princess Rima, the daughter of a former long-time ambassador to the US, has been a leading advocate of female empowerment in the kingdom, which has faced intense criticism over the recent jailing of women activists -- and subsequent claims of sexual abuse and torture of some of them in detention.

The princess previously worked at the kingdom's General Sports Authority, where she led a campaign to increase women's participation in sports.

"Princess Rima becomes the first female ambassador in Saudi history and the first female with a rank of minister -- a strong signal to the integration of women into the government and workforce," Ali Shihabi, founder of the pro-Saudi think-tank Arabia Foundation, said on Twitter.

Prince Khalid, a son of the king who served as ambassador since 2017, had been expected to leave Washington for some time -- particularly after the global outcry over Khashoggi tarnished the kingdom's reputation.

His new appointment as deputy defence minister comes as a military coalition led by Saudi Arabia remains bogged down in a four-year conflict in neighbouring Yemen.

A separate royal decree on Saturday ordered a one-month salary bonus for frontline military officials on the kingdom's southern border.

Prince Khalid, a former Saudi air force pilot, takes his post a year after the crown prince -- who also serves as the defence minister -- announced a military reform plan and a dramatic overhaul of top defence commanders.

"As the Yemen war drags on and the military reform programme continues to move painstakingly slow, Prince Khalid is gaining a difficult portfolio but one that is critical to his father, brother and the kingdom," Becca Wasser, a policy analyst at the US-based RAND Corporation, told AFP.

"Prince Mohammed has struggled to delegate authority within this file which has rendered some efforts -— chiefly military reform -- stagnant, and Prince Khalid's appointment may be an attempt to reinvigorate these initiatives."

Shihabi said Prince Khalid will virtually have the same authority as the defence minister, shouldering some of the burden on the crown prince.

Khashoggi's killing has refocused attention on the Saudi-led coalition's bombing campaign in Yemen, which is gripped by what the UN calls the world's worst humanitarian crisis.

A key challenge for Princess Rima will be to win over US lawmakers, who earlier this month voted overwhelmingly to end American involvement in the Saudi war effort in Yemen, dealing a rebuke to President Donald Trump who has publicly thrown his support behind the crown prince.

US lawmakers this month also said they were probing whether Trump was rushing to sell sensitive nuclear technology to Saudi Arabia, voicing fears that it could be misused to make an atomic bomb.