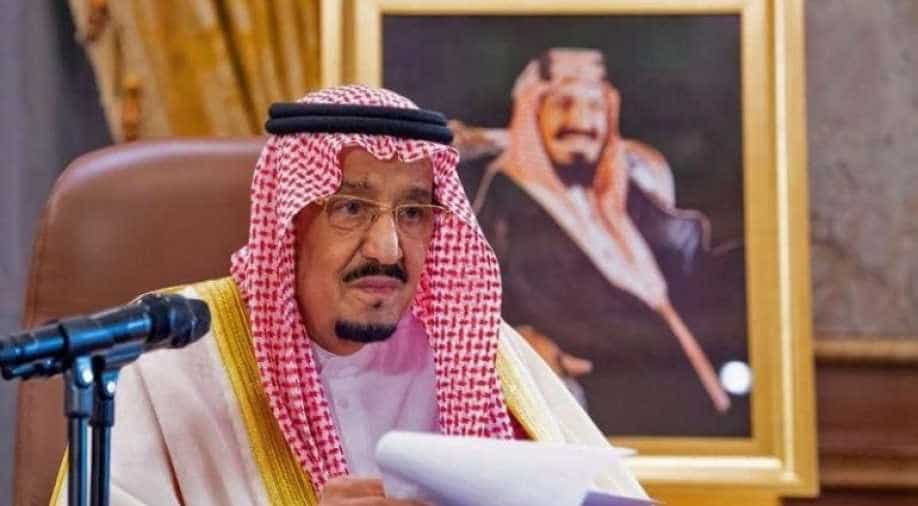 Saudi Arabia, the birthplace of Islam, on Tuesday condemned cartoons offending the Prophet Mohammad and any attempts to link Islam with terrorism.

A foreign ministry official also said in a statement that the Gulf state condemns all acts of terrorism, in an apparent reference to the beheading of a teacher in Paris this month by an Islamist radical avenging the use of cartoons of the Prophet in a class on freedom of expression.

"Freedom of expression and culture should be a beacon of respect, tolerance, and peace that rejects practices and acts which generate hatred, violence, and extremism and are contrary to coexistence," said the statement carried by state media.

The images of the Prophet have sparked anger in the Muslim world with Turkey's leader calling for a boycott of French goods and Pakistan's parliament passing a resolution urging the government to recall its envoy from Paris.

Speaking after teacher Samuel Paty was beheaded for showing caricatures of the Prophet Mohammed to pupils in a lesson on free speech earlier this month, Macron vowed France would "not give up cartoons" and said Paty "was killed because Islamists want our future".

We will not give in, ever.
We respect all differences in a spirit of peace. We do not accept hate speech and defend reasonable debate. We will always be on the side of human dignity and universal values.

Boycotts of French goods are underway in supermarkets in Qatar and Kuwait, with further calls to spurn French products in Jordan and other states.

In Saudi Arabia, the largest economy in the Arab world, boycotting French supermarket retailer Carrefour was the second most trending hashtag on Sunday.

In an October 23 circular, the non-governmental Union of Consumer Co-operative Societies, which comprises over 70 establishments, issued the boycott directive.

Several co-ops emptied the shelves of items such as hair and beauty products manufactured by French companies.

France's foreign ministry confirmed that several Middle Eastern nations are calling for a boycott of French products, especially related to food, and demonstrating against France over Prophet's cartoons, as reported by news agency Reuters.

"These calls for boycott are baseless and should stop immediately, as well as all attacks against our country, which are being pushed by a radical minority," the French foreign ministry said.

The backlash against President Emmanuel Macron's comments on Islam intensified Sunday, with Turkish President Recep Tayyip Erdogan again urging him to have "mental checks" and protests in Muslim-majority nations.

Erdogan said that the French president had "lost his way", in his second sharp criticism of the French leader in two days over the treatment of Muslims.