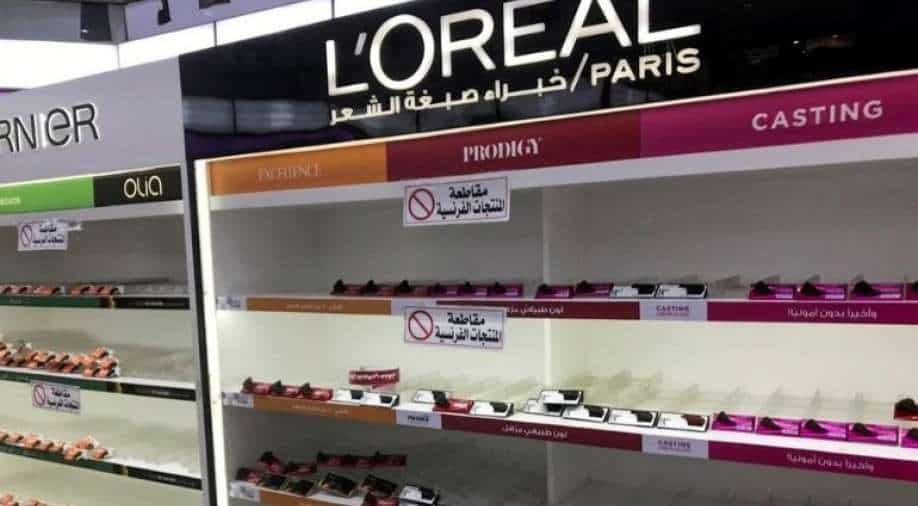 In an October 23 circular, the non-governmental Union of Consumer Co-operative Societies, which comprises over 70 establishments, issued the boycott directive

In the latest trigger over cartoons of the Prophet Mohammad shown in a French class, retail co-ops in Kuwait have started boycotting French products.

In Saudi Arabia, the largest economy in the Arab world, boycotting French supermarket retailer Carrefour was the second most trending hashtag on Sunday.

In an October 23 circular, the non-governmental Union of Consumer Co-operative Societies, which comprises over 70 establishments, issued the boycott directive.

Also read | 'Will not give up cartoons': Teens charged over teacher's beheading in France

Several co-ops emptied the shelves of items such as hair and beauty products manufactured by French companies.

France's foreign ministry confirmed that several Middle Eastern nations are calling for a boycott of French products, especially related to food and demonstrating against France over Prophet's cartoons, as reported by news agency Reuters.

"These calls for boycott are baseless and should stop immediately, as well as all attacks against our country, which are being pushed by a radical minority," the French foreign ministry said.

In Islam, any depiction of Prophet is seen as blasphemous and Kuwait's co-ops union said the boycotting was a retaliation to "repeated insults" of the Prophet.

The relations between Muslim nations and France took a hit after beheading of a French teacher by an extremist as he showed the caricatures of Prophet Mohammad in a class.

The beheading was sharply condemned by France and French President Emmanuel Macron affirmed that the nation would "not give up cartoons" and said Samuel Paty, the deceased teacher, "was killed because Islamists want our future".