'Will not give up cartoons': Teens charged over teacher's beheading in France 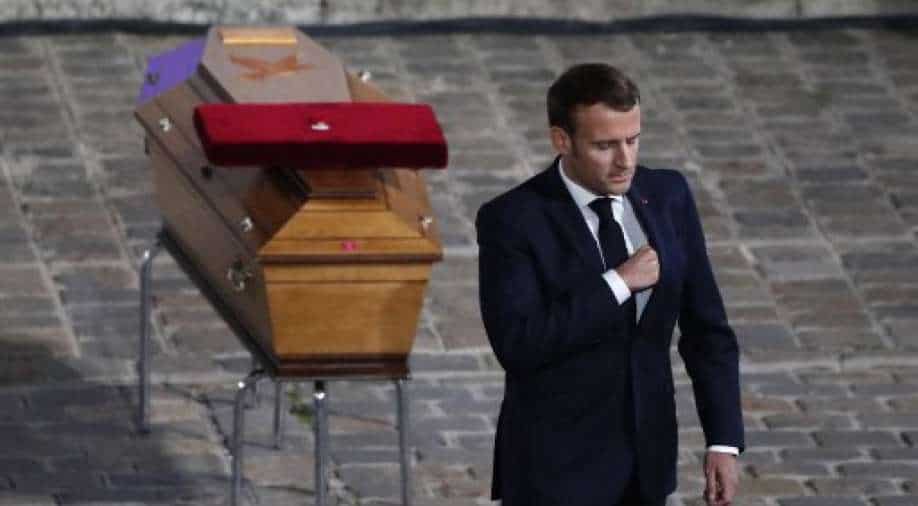 Macron pays his respects by the coffin of Samuel Paty Photograph:( AFP )

According to the prosecutor, the killer had offered students in school around $350 to $415 to identify the teacher.

French prosecutors said on Wednesday that Chechen teenager who beheaded a French teacher for showing caricatures of the Prophet Mohammad in the class had paid students to identify him in front of the school as two teenagers were charged with complicity in terrorist murder.

President Emmanuel Macron while paying tribute to teacher said: "We will not give up cartoons." Macron gave the highest civilian honour to Samuel Paty, 47, saying: "He was killed because Islamists want our future," adding, "They will never have it."

According to the prosecutor, the killer had offered students in school around $350 to $415 to identify the teacher. "This identification was only possible with the help of students from the school. They identified him in exchange for payment," prosecutor Jean-Francois Ricard said.

The two students allegedly stayed with the 18-year-old killer for nearly two hours. Seven people have been charged over the killing including the parent of one of Paty's student, who started the social media campaign against the teacher who Paty had asked to leave the class when he showed the cartoons.

An Islamic radical who allegedly helped the father in his campaign was also charged by French prosecutors.

The attacker reportedly lived in France as a refugee. The French teacher Samuel Paty was beheaded on October 16 afternoon outside a school in Paris suburb of Conflans-Sainte-Honorine. Paty's attacker was shot by police.

The killer Chechnya-born 18-year-old Abdullakh Anzorov beheaded Paty with a knife and tweeted an image of the teacher's severed head on Twitter before he was shot by police.