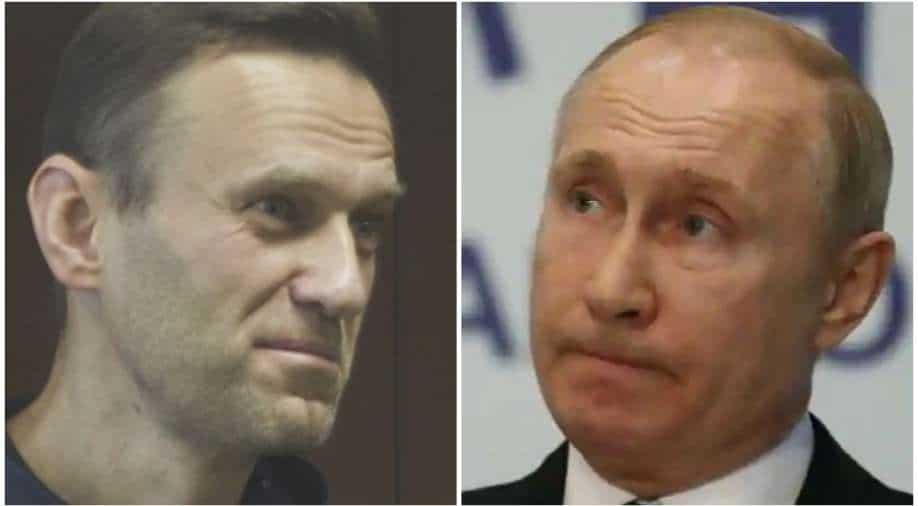 According to officials, US intelligence agencies have concluded that Moscow was behind the near-fatal nerve agent attack on Navalny last year

After the United States imposed new sanctions on seven senior Russian officials over the attempted assassination of Kremlin critic and opposition figure Alexei Navalny, Kremlin said that the sanctions would not achieve their goal and would merely worsen the already strained relations between the two countries.

"The United States is announcing sanctions on seven senior members of the Russian government, an expansion of sanctions under the chemical and biological weapons control and warfare elimination act, new export restrictions on items that could be used for biological agent and chemical production and visa restrictions,"  Jen Psaki, White House press secretary, said.

On Tuesday, Brussels had announced a travel ban as well as asset freezes for senior Russian officials including Alexandr Kalashnikov who is the head of the Russian prison system, Alexandr Bastrykin, chairman of the investigative committee, chief prosecutor Igor Krasnov and Viktor Zolotov, the head of Russia's national guard.

According to officials, the United States intelligence agencies have concluded that Moscow was behind the near-fatal nerve agent attack on Navalny last year.

"We are exercising our authority to send a clear signal that Russia's use of chemical weapons and human rights abuses have severe consequences, any use of chemical weapons anywhere at any time by anyone under any circumstance is unacceptable and it contravenes international norms. We also welcome the action taken by the EU ON Navalny earlier today to impose costs on Russia under its own new global human rights authorities," Ned Price, State Department spokesperson, said.

Sanctions imposed by the US and the EU follow similar moves by the UK against Russia.

Navalny, 44, was arrested on January 7 after his return from Germany. He spent nearly five months in Germany recovering from a nerve agent poisoning attack blamed on Kremlin. Russia has rejected the accusation on numerous occasions and has accused Navalny of colluding with Western intelligence agencies.