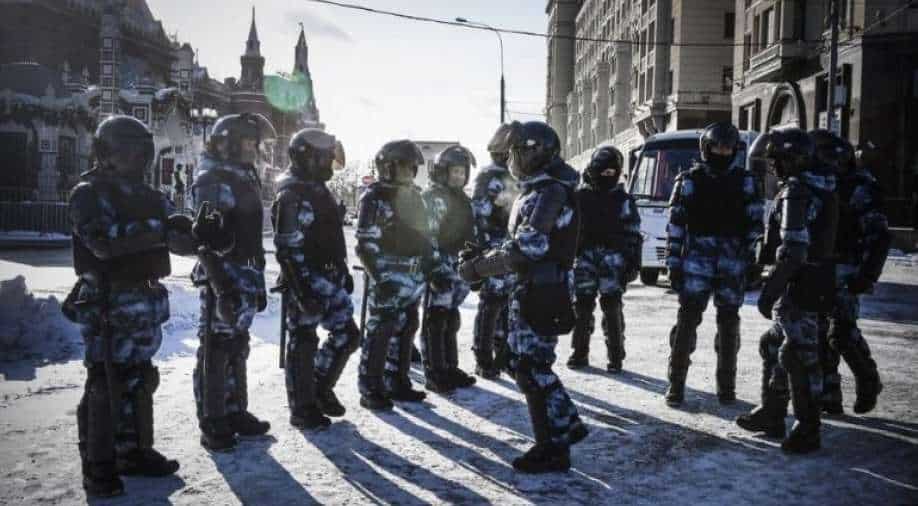 Russian President Vladimir Putin on Wednesday approved legislation to increase fines for offences that were committed during protests in support of Kremlin’s fierce critic Alexei Navalny. Thousands that took part in unsanctioned rallies were detained by authorities.

The legislation has increased fines for insubordination to law enforcement officers. Now, offenders could end up paying 4,000 roubles ($54.30) with 15 days in detention, as opposed to the older fine of 1,000 roubles.

Besides this, the law has introduced fines for upto 20,000 roubles in case organisers of protests violate any funding regulations.

Over 11,000 people were detained by authorities this year for taking part in rallies that support Navalny, as per OVD-Info - a group which monitors protests. Russia’s Interior Ministry had put out a warning in advance saying that it would break up unauthorised rallies, and that those taking part in rallies may face prosecution.

Most of Navalny’s allies have now declared a moratorium on the protests till spring. His allies are either abroad or have been put under house arrest. Last August, Navalny was flown to Germany for treatment after he was allegedly poisoned with Novichok, a Soviet era nerve agent - a claim backed by Germany and many Western countries.

Russian authorities on the other hand deny any involvement in the incident. Last month, during his return to Russia, Navalny was detained by authorities, following which he was sentenced to jail on February 2 for violations of parole. Navalny is looking at two-and-a-half years in jail.