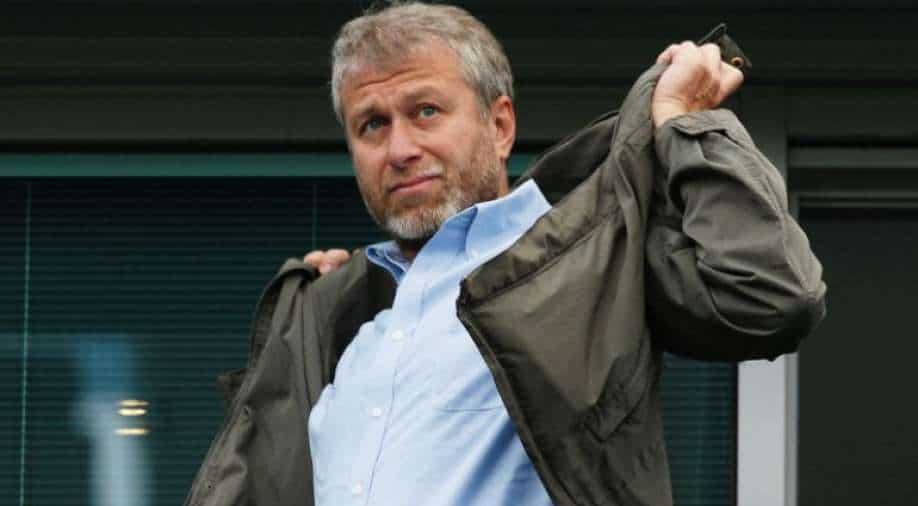 The billionaire, owner of Britain's Chelsea soccer club, was among seven oligarchs added to the British sanctions list on Thursday in a bid to isolate Russian President Vladimir Putin over his invasion of Ukraine

Sanctioned Russian businessman Roman Abramovich's private plane was in Israel on Monday and due to depart later in the day, less than 24 hours after it arrived, a person with knowledge of the matter said.

Reuters could not immediately establish whether Abramovich, who also holds Israeli and Portuguese citizenship, had been aboard.

The billionaire, owner of Britain's Chelsea soccer club, was among seven oligarchs added to the British sanctions list on Thursday in a bid to isolate Russian President Vladimir Putin over his invasion of Ukraine.

A British transport ministry source said on Friday that Britain was searching out helicopters and jets belonging to the sanctioned oligarchs.

Abramovich has denied having close ties to Putin.

A flight tracking website showed a plane registered as LX-RAY flew in from Moscow on Sunday. Israel's N12 News said the plane had been in Turkey recently. LX-RAY has been widely reported as belonging to Abramovich.

An Israeli Foreign Ministry spokesperson did not immediately respond to a request for comment.

In a bid to prevent Russian oligarchs from evading foreign sanctions, Israel this month restricted the time private jets can park to no more than 24 hours.

Abramovich's plane was due to depart Israel later on Monday, said the source.

Israel, a mediator in the Ukraine-Russia conflict, has been walking a fine line in its relations with Moscow - a main powerbroker in neighbouring Syria, where Israeli aircraft frequently attack Iranian-allied forces.

With public sympathy for Ukraine strong in Israel, the country's Yad Vashem Holocaust memorial in Jerusalem said on Thursday that it had suspended a strategic partnership with Abramovich, after Britain's move against him.