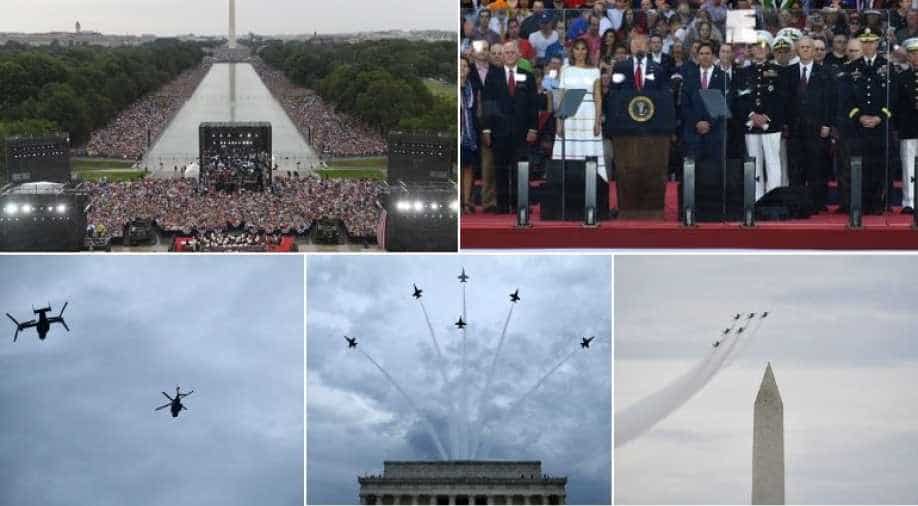 The Pentagon said on Tuesday that President Trump's celebration of US Independence Day, which included bringing tanks and equipment to Washington, cost the military at least $1.2 million.

Trump, a Republican who was inspired to stage the flashy affair after seeing a similar display in France, dismissed concerns ahead of the ceremony about the expense and militaristic overtones of the event outside the 97-year-old Lincoln Memorial, a symbol of national unity.

"The total cost of the Department's support to the 'Salute to America' event was $1.2 million," the Pentagon said in a statement.

In addition to the cost to the military, the Washington Post reported last week that the US National Park Service had diverted $2.5 million in park entrance fees to help pay for the event.

The actual cost for the Pentagon is likely higher, since the Pentagon said funding for the aircraft demonstrations came from the military services' training budgets.

It was not immediately clear if all of the $1.2 million was for the cost of transporting equipment like two Abrams tanks and two Bradley fighting vehicles from Fort Stewart in Georgia for the celebration.

The military did not immediately provide a breakdown of the cost. Simply flying the B-2 bomber for an hour costs about $122,000, according to the Air Force.

On Monday, Trump said such an event would take place in the future.

"Based on its tremendous success, we're just making the decision - and I can think we can say we've made the decision - to do it again next year, and, maybe we can say, for the foreseeable future," Trump told reporters.

The July Fourth holiday celebrates the US founders’ declaring independence from Britain in 1776.