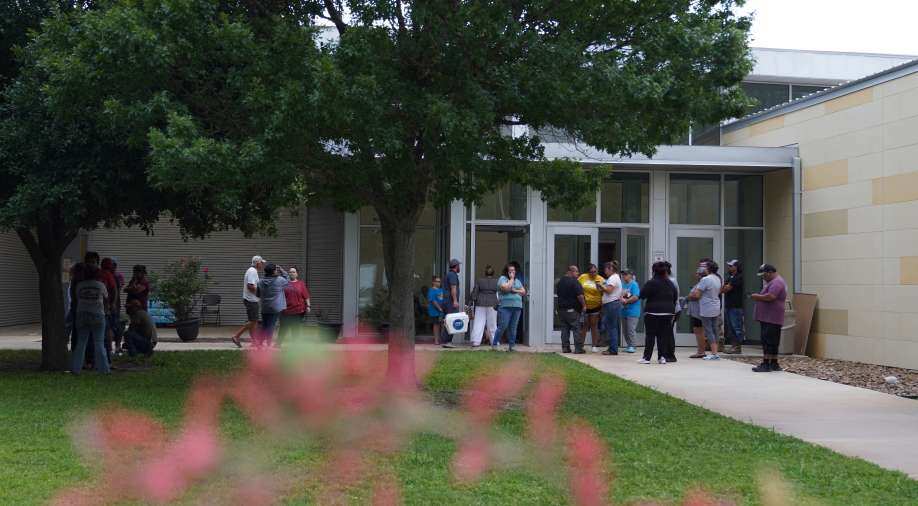 Victim families gather in mourning outside a Civic Center in Uvalde, Texas, on May 24, 2022. Photograph:( AFP )

At least 19 children and two adults were killed as a teenage gunman open fired in the school resulting in the worst school shooting in the US since Sandy Hook.

School shootings have been a big problem for the United States for quite some time and it was once again in the news following the attack on an elementary school in Texas.  At least 19 children and two adults were killed as a teenage gunman open fired in the school resulting in the worst school shooting in the US since Sandy Hook. As a result of the attack, sales of bulletproof backpacks have gone up one again in a number of states in the country, according to Business Insider. There are a number of bulletproof products in the market but the backpack for kids remains the favourite.

The gunman, identified as Salvador Ramos, fled after shooting his grandmother and after his car crashed near the Robb elementary school in Uvalde, he launched an attack on the children in the school. The police department was unable to determine the motive behind the horrible shooting.

According to the Insider report, four companies that create bulletproof products said that people are actively looking for products that can be used by kids in crisis situations after the Texas shooting.

According to the product description, a person can protect themselves by holding the bulletproof backpack in front of them to deflect the bullets. Yasir Sheikh, who is part of the Guard Dog Security, told Insider that there have been “an increase” in customers asking for that specific product.

Another company – MC Armor – also told Insider that New Jersey, Georgia, California, Pennsylvania, and Florida are the states where the demand has increased substantially after the shooting.